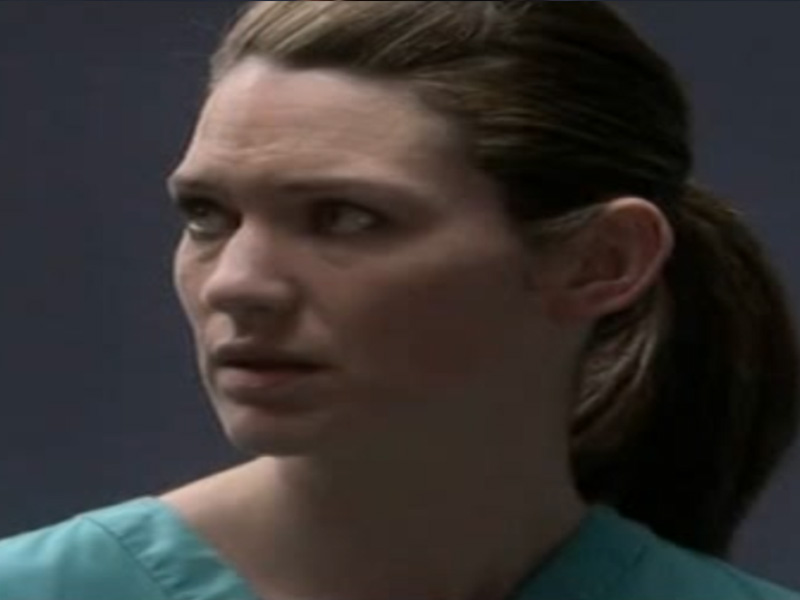 Diane’s day gets off to bad start when she turns up late for work after her car is stolen. Arriving on the ward, she is met by Ric and a vistor, Professor Currie, whom she learns will be shadowing her as part of the hospital’s surgical assessment, and Jac will be assisting her in theatre. If this isn’t bad enough, Diane gets the blame when her patient Isaac doesn’t survive surgery and her approach is questioned.

Diane then learns that she’s being placed under supervision as a result of Prof Currie’s visit and is unhappy Ric didn’t fight her corner. Diane’s not happy when she learns that she’ll be operating on another patient, Esther, under Jac’s supervision. Esther has bowel problems and is adamant she doesn’t want to be left with a colostomy bag but after delaying the operation, Esther is left facing what she so desperately didn’t want. Diane’s soon revitalised when she enables Esther to think positive about her future. When Ric offers his support this time, independent Diane knocks him back.

A man, Terence, with learning difficulties is in the department with his mother, awaiting a bypass operation but staff shortages mean he may need to be cancelled again.

Connie spots Faye and Sam together in the hospital car park after their night together, and Sam tells Connie that he doesn’t want Chrissie to know. Sutherland’s not allowing Chrissie any agency staff on the surgical wards, so Connie asks Sam to persuade Faye to give a bed on Keller to her patient, Terence. Chrissie’s upset to learn from Mark that Faye was persuaded to give up the bed by her new lover Sam.

Kyla treats a man, Dale, who’s been in an RTA. His wife and child have already been pronounced dead. Kyla suspects he crashed the car deliberately and seeks support in Abra, who has been flirting with her all shift. Later Abra operates on him but he dies.

* ‘Since when did you become a management stooge?’ Chrissie asks Mark.

* ‘Do I get a kiss? flirtateous Abra asks. Kyla replies ‘How about a claim for sexual harrassment?’

* Thandie asks Diane to be bridesmaid at her wedding to Ric. Diane is flabbergasted ‘Are you out of your tiny mind?’

* When Ric tells Diane about being put under supervision, Diane tells him ‘You were too weak to fight my corner?’

* ‘I’m the one who cares about you more than anyone else in the world’ Ric attempts to support Diane.

* ‘Ghana – we had something special,’ Diane says. ‘What happened?’. Ric replies ‘Another country..’ and suggests she leave if she’s not happy.