Sam’s first scene is riding her bike to the ED department. On arrival, she heads to reception.

Headstrong and ambitious former army medic Sam Nicholls is fast-living, fearless and feisty. Previously working in Afghanistan, she thrived on the adrenaline rush of combat medicine.

Sam makes her arrival on secondment to Holby in S26 E9. So keen is she to get going that she turns up a day early asking to join a paramedic crew and get a feel for Holby. But Sam soon has to rely on all her army training when an aggressive driver with a grudge rams the ambulance off the road trying to get at the patient inside. In S26 E10, Dylan is shocked to meet new recruit Sam in the ED and it’s clear they have history – especially when Sam mocks Dylan’s claim to be the “Sherlock Holmes” of medicine, much to Zoe’s watchful delight! In S26 E13, Dylan and Sam put aside their differences to diagnose a mystery condition and help a young teenage mother keep her baby. In S26 E16, Dylan is trapped in resus following a hospital explosion. It’s only when Tony goes to call his next of kin that we discover a shocking secret – Sam is his estranged wife. In S26 E17, the ED is at full stretch following an RTA and gas explosion. As tempers fray, a relative of a patient, Keith, lashes out at Dylan but Sam restrains him with a physical head lock. In S26 E18, Dylan accuses Sam of interfering when her attempts to reunite a dying patient with his ex-wife go awry when it turns out that it was his former lover he actually wanted to see. In S26 E21, Keith returns to the ED complaining of neck pain after a traffic accident. When Zoe does a scan it looks like his injury could have been incurred at an earlier date. In S26 E22, Zoe tries to convince Sam to sit down and talk to Keith before matters go too far and he brings an action against Sam and the hospital for his neck injury. But Sam refuses and throws herself into treating a patient she believes has been sexually assaulted. In S26 E24, Sam is told to keep her head down by Jordan after a formal complaint is made to the GMC. But Sam is soon back to her feisty self when crossed by pompous parent and consultant. In S26 E28, following the allegation of assault against Sam, a GMC official, is in the ED to conduct interviews with Sam’s colleagues. Zoe and Scarlett are called in to answer questions but Dylan goes out of his way to try to avoid the grilling. In an attempt to distract herself Sam tends to a cantankerous old soldier, who softens when he discovers that Sam is an army medic. Sam tries to get to the bottom of his mysterious pains whilst under the watchful eye of the GMC official at the same time. In S26 E30, two dog walkers,David and Amanda, become trapped in an underground cave system. Sam braves her fear of the dark to treat them but it soon becomes apparent that both are seriously injured and she needs support. Help arrives in the form of Dylan but, as David confesses he has been too cowardly to ask Amanda out, Dylan and Sam start bickering about cowardice in their marriage. As both Amanda and David’s conditions deteriorate, Sam and Dylan are forced to put aside their differences to save them. In a special red button episode S26 E31.1, we see flashbacks of Sam’s past in Afghanistan where we learn of her relationship with Corporal Dean and how she shoots an an innocent bystander dead in error. In S26 E32, it’s the week before Sam’s GMC hearing and the tension is starting to show, especially when Zoe reveals that she’s been called to testify against Sam. When the misidentification of a patient causes a near-fatal reaction, Sam takes her frustration out on Scarlett. In S26 E33, determined to take control of her own destiny, Sam sacks her defence team before the hearing starts and decides to represent herself. But faced with CCTV footage of the incident and unintentionally damning testimonies from Jordan, Scarlett and Dylan, Sam wonders if she’s made the right decision. Matters worsen when Corporal Dean gives evidence and reluctantly admits that Sam shot a civilian in Afghanistan whom she thought was armed. But when Keith collapses at the hearing and is rushed to the ED, new medical evidence emerges that affects the outcome of Sam’s case. She is eventually cleared. 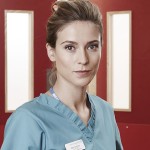 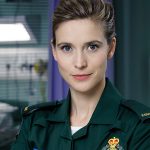 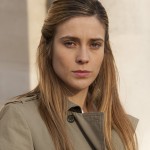 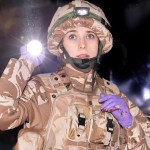 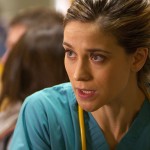 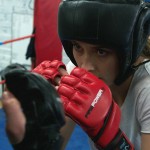 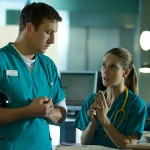 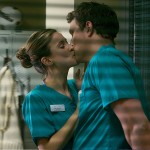 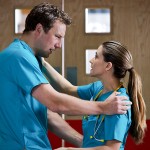 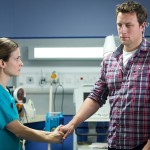 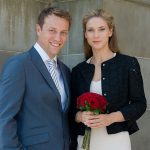 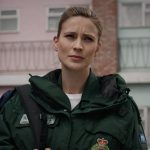