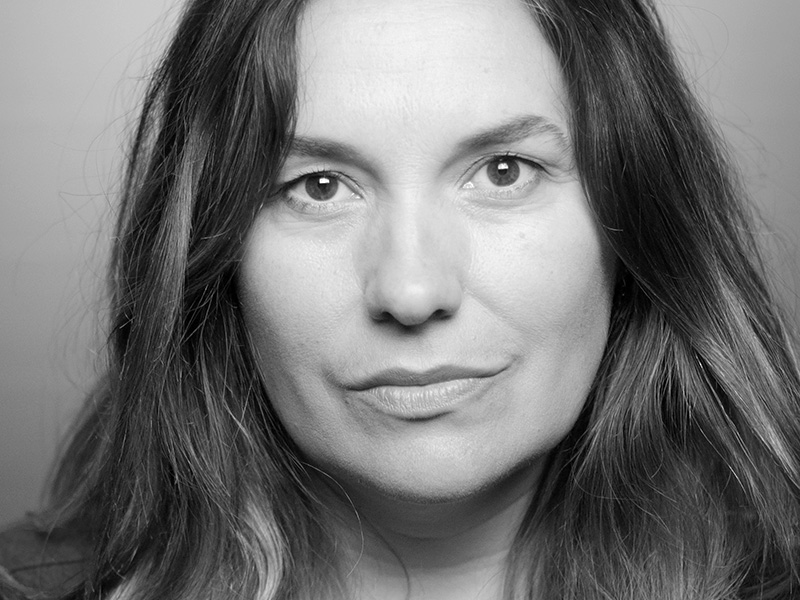 LIVES : She moved to North London when she was 18.

FAMILY : Born to Welsh parents, her father being famous golfer, Brian Huggett, but she hasn’t inherited his golfing abilities, ‘I’ve got the rudiments, but to be honest I’m rubbish!’. Mum, Winnie. She also has an older sister called Yvonne.

PREVIOUS RELATIONSHIPS : She used to date HOLBY CITY actor Rocky Marshall, who played her twin brother when they appeared together in ‘Family Affairs’ together, but split up, she said ‘Going out with him was odd I suppose. Some people find it difficult to divorce soap from reality. I enjoyed it but we just grew apart.’

STUDIED : A diploma in Acting and Musical Theatre at Mountview Theatre School.

ON GETTING HER CASUALTY PART : ‘My agent rang me to tell me I got the part, I couldn’t believe it, I started screaming and running up the street!’

ON JOINING CAST : ‘A little apprehensive, as I was arriving as a new cast member on my own. It took me a few weeks to totally relax and just be myself.. my first scene was with Derek Thompson and luckily he was successful in putting me at ease – a real decent bloke that one!’

ON HOLLY : ‘I am George Clooney! – I’m the one who looks after the kids, I’m a fluffy, lovely person like he is!.. she’s an optimistic kind of girl with a serious edge. A friendly sort, but not a pushover. I hope I wouldn’t mind describing myself in the same light’

ON HER S14 STORYLINE : ‘Holly often gets too involved with patients when she shouldn’t, but the consequences this time are quite appalling.’

ON A POSSIBLE ‘LOVE’ FOR HOLLY : ‘Actually there’s so much love interest going on already, there isn’t room for me to have a snog! I don’t think there are any men left! I’ll have to have a woman again!’

HIGHLIGHT ON CASUALTY : ‘A very memorable scene was when Holly had to carry out a PR (Rectal examination) on a patient. Everyone in that scene seemed to have quite a laugh really. It was a good start to the day.’

HARDEST PART OF CASUALTY : ‘The toughest thing about joining CASUALTY has been getting my tongue around some of them medical terms, it’s like learning another language.’

IF SHE WASN’T PLAYING HOLLY : She’d play Penny – as ‘she gets to do some exciting stuff on location’

FUTURE GOALS : To extend her career in areas such as film and theatre

REAL LIFE CASUALTY ACCIDENTS : Falling off a gym horse at school, aged 8 – fracturing her arm and breaking her wrist, and while a student at Mountview, dislocating her jaw when doing exercise in a dance studio.

* Sandra also used to suffer severe headaches and partial blindness – and discovered the cause was down to drinking tea! ‘I swapped my morning cup of tea for the decaffeinated version. It doesn’t give you the same kick start but that’s a small price to pay.’

UNHEALTHIEST HABIT : ‘I eat too much chocolate! I’m cutting down now, but at points in my life, I can be called a chocoholic’

FAVE MEDIC : ‘I do like Noah Wyle, the gorgeous young doctor who plays Dr Carter in ER, because he’s fallible. He’s very cute, but he’s not cocky.’

HATES : ‘Anyone two-faced, and appalling drivers, they make me mad’.

FILM CREDITS : Swept from the Sea; Amy Foster; Red on White; Girl on a Cycle

* Sandra played bisexual solicitor Holly Hart in Family Affairs for two years, before her character was killed off in a fiery boat explosion. Sandra now keeps the gravestone in her garden.

* Sandra was once mistaken for All Saints singer Melanie Blatt, by a girl; ‘She walked off in a huff, but I actually took the mistaken identity as a bit of a compliment.’

* Sandra was also in the running to play a sexy doctor in the James Bond film, ‘The World is Not Enough’. ‘When I was told I had an audition I just said, you’ve got to be kidding!’. She didn’t get the part, which was CASUALTY’s gain!

Sandra Huggett continues to work on television and theatre, which included a reunion with co-star Ian Kelsey in ‘Same Time Next Year’.