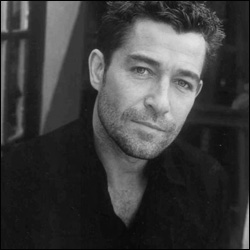 FAMILY : Father, Arthur, a telecom engineer and mother, Irene, a design draughtswoman. He also has a brother, who teaches computing and a younger sister, who works for a construction business.

PREVIOUS RELATIONSHIPS : Singer, Jacqui O’Sullivan (Bananarama). He fell for her on holiday in the Greek Island of Paras.

GREW UP : Born in Dundee, Scotland, Steven grew up in East Africa. He came to the UK, aged 11, he says ‘I found it difficult to adjust at first. the people were as cold as the weather.’

TRAINING : Steven won a place at drama school, but couldn’t take it up due to lack of funds. He went on to spend seven years doing fringe theatre. He also trained as a surveyor for six months.

PREVIOUS JOBS : Manager for a publishing company, although he didn’t enjoy it, ‘I couldn’t do a 9-5 job, I know, I’ve tried, it’s not me.’

ON CHARACTER ADAM : ‘Adam Cooke is a nice bloke, and is a dedicated male nurse, but his life is in turmoil with a broken marriage.. Adam is very professional at work. Nursing is terribly important to him. He wants to help people and he wouldn’t let anything – not even a broken heart – stop him from giving his best.’

ON CASUALTY : ‘Casualty’s my big break, I’ve really loved it. Adam’s a great character to play because there’s so much going on for him behind the scenes.’

ON HAVING A REGULAR JOB : Before CASUALTY, Steven was earning £75 a week, after getting the job he said, ‘It’s nice to be paid a regular salary and not have to worry about where my next meal is coming from’.

ONE WISH : ‘That the ‘people in power’ would realise what a catastrophic effect they have on the world and be more sensitive to it.’

FAVE FOOD & DRINK : A good curry and a pint

DID YOU KNOW? Steven was turned down in three auditions for CASUALTY; one even for Josh Griffiths, before landing the part of nurse Adam Cooke.

Since leaving CASUALTY, Steven Brand has made his break into films and starred in ‘The Scorpion King’.