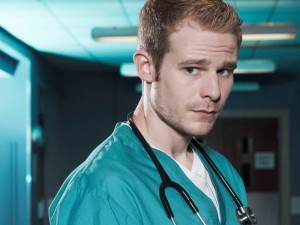 Three former CASUALTY cast members have been announced to be appearing in the world premiere production of Peter James’ ‘The Perfect Murder’.

Steven Miller (Lenny), Claire Goose (Tina) and Gray O’Brien (Richard) will all star in the play alongside Les Dennis and Simona Armstrong.

The play from the best selling novel tells the story of Victor Smiley and his wife Joan who have been married for a long time. But Victor secretly loathes Joan and is getting attention elsewhere. And Joan is bored stiff by Victor, whose irritating ways are driving her mad. The marriage has reached a crisis point and Victor decides there is only one way to get Joan out of his life forever………but he’s about to get a nasty surprise.

The production will open at the Orchard Theatre, Dartford on Wednesday 8th January 2014, before touring to other UK venues.

Tour dates are as follows;