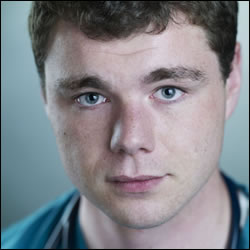 (to passer-by) Excuse me, is this the bus stop for the Holby hospital?

Toby is one of two new F2 doctors, joining Holby ED at the beginning of Series 22. He’s very young and nervous when he joins, but can also be funny and self-deprecating. Toby lacks confidence, and as an only child always felt a lot of pressure from his highly successful parents, who are both in the medical profession. Having just scraped through med school, he’s now scared of being a doctor and the huge responsibility it brings. With hard work though, Toby could become a much better doctor than he imagines. Toby has a lot to learn, but most of all needs to become more self-confident.

In S23 E7, Toby covers up a mistake for Adam but Jordan is suspicious. In S23 E9, Toby frustrates Jordan after failing to diagnose a simple case of trapped wind whilst Ruth continues to get his praise. In S23 E10, both eager to please Jordan, Ruth and Toby see their chance to impress when the casualties of a major road accident, are brought into the ED. Ruth is irritated when Jordan lets Toby send her to work with Adam, while Toby gets to assist Jordan. Later, Toby is shocked when Ruth accuses him of fancying her. In S23 E12, rejected by Jordan after a night together with him, Ruth turns to Toby for support, but instead gets the surprise of her life when she catches him in bed with Ben Harding, the hospital counsellor. In S23 E13, Toby is in a good mood after his night with Ben but is uncomfortable when Ruth lets slip that she saw them in bed together, and denies there is anything going on. In S23 E14, Ruth worries that Toby isn’t coping after his night with Ben. After a confrontation with Ben, she reports him to Jordan for taking advantage of Toby. She is, however, unwilling to address the similarities between Ben and Toby’s situation and her own with Jordan. In S23 E15, Ben confronts Toby about his suspension. However, although Toby tries to sort the situation out, he cannot bring himself to admit to Jordan that Ben did not put him under any pressure to sleep with him. In S23 E16, Toby discovers from Kelsey that rumours about his night with Ben have spread. He asks her to quash them, despite her assurances that no one really cares about his sexuality. In S23 E18, Toby decides to withdraw the allegation against Ben. In his naivety, Toby thinks this will make things better, but it doesn’t. Ben, however, is furious. Later, at the staff party, he drunkenly insults his colleagues and makes a life-changing announcement to quit. On his way home Toby becomes trapped in a rowing boat, which starts to sink. In S23 E19, Jay, who is on a passing party boat, spots Toby in the water and dives in to save him. Toby later comes round in hospital, where his father tells him not to throw away all his years of training. But Toby is adamant, and tells his dad he’s gay. Jordan, meanwhile, tells Toby he can’t leave immediately as they are stretched to the limit. Where Toby struggles with the pressure, Ruth methodically deals with her patients one by one. Toby is put under more stress when the driver who caused the accident asks him to lie. His day goes from bad to worse when he misses a crucial scan and Jordan agrees he should leave immediately. A little girl cut badly from the train crash, causes havoc and violently lashes out. Finally, Ruth turns to Toby and asks him not to leave because she needs his help. Toby succeeds where everyone else has failed, and gets the little girl to open up. Ruth and Toby share a moment together at the end of the frenetic day – they have been through so much together. Ruth is sad to see him leave, but Toby encourages her to stick with it, and he tells her she’s cut out to be a surgeon. As he leaves the hospital for the final time, Toby is pleased to be met by Ben. 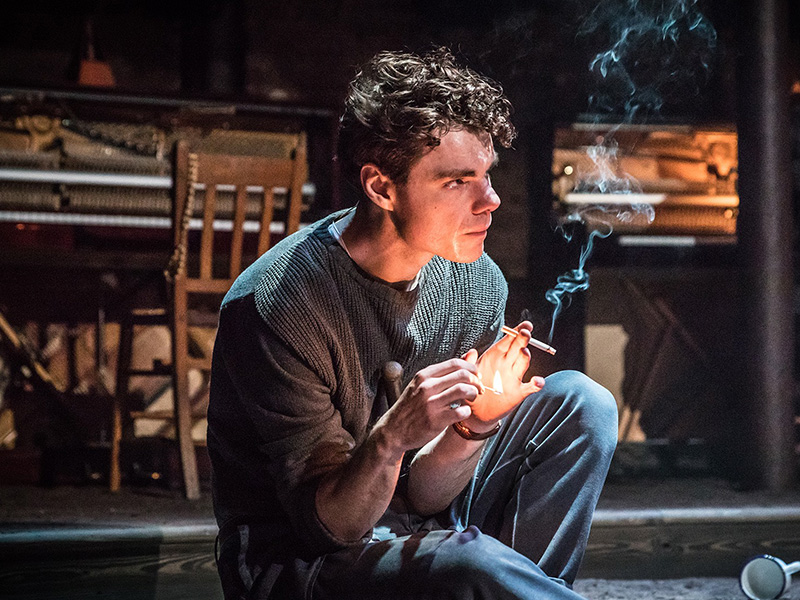 Former CASUALTY actor Matthew Needham can currently be seen in a theatre production of ‘Summer and Smoke’. Following a critically acclaimed, sold-out run at... 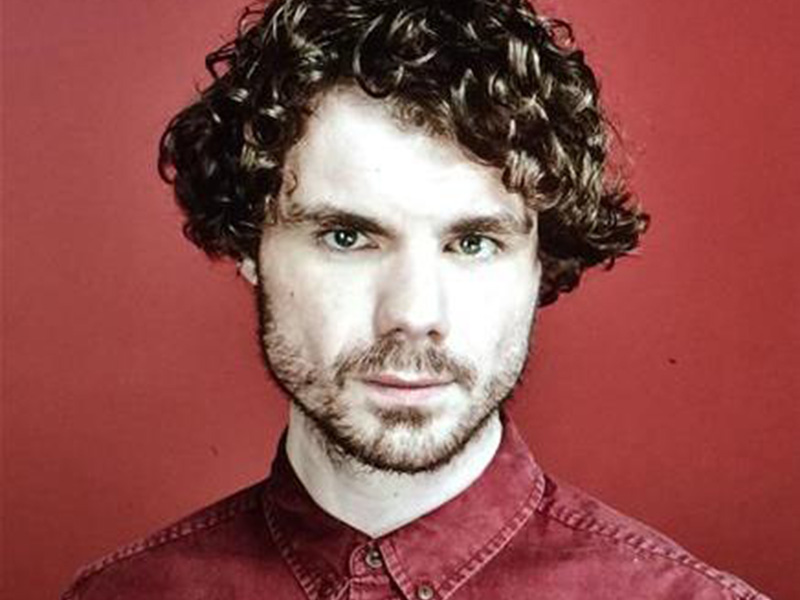 Former Casualty actor Matthew Needham will be appearing in ‘The Treatment’ by Martin Crimp at the Almeida Theatre from 24th April – 10th June....