Derbyshire-born actor Tom Chambers joins the cast of HOLBY CITY this week as registrar Sam Strachan. holby.tv caught up with Tom to talk about his new role…

How did you get the role in HOLBY CITY?

Two years ago I did a British film called Fakers with Art Malik, but I knew it would be ages before it came out at the cinema (I’d also put two stone on for the role and needed to get it off), so I went back home to my parents in Derbyshire, went up the field into a hut, made a floor, put up some mirrors and attempted to recreate an old Fred Astaire routine with a drum kit from the film A Damsel in Distress. It took about 5000 hours to complete, after which I asked my only major fan, supporter and former drama teacher Guy Levesley if I could film it on stage at my old school in Repton. I then sent the video to more than 800 stage and television directors and producers. Julie Harkin in casting at Holby saw it and gave me a call because they thought it was unusual. Originally I went up for a small role as an American doctor, but after the audition they said come back next week to audition for a bigger part and that was it! In the space of three weeks my whole career had turned round from nothing. It did however take six years for this audition to crop up.

Where were you when you found out you’d got the part and how did you celebrate?

I heard about getting the job while walking with a friend in the maze at Chatsworth in Derbyshire. I was trying to take my mind off waiting for the call. I’d been waiting five days by then and when my (new) agent said “Tom you’ve got it” I thought he was joking because he deliberately sounded downbeat to make me think otherwise. I just crouched down on the ground with my head between my legs and yelped into my hands because there were people around looking at my reaction like I was from Mars.

Then we sat at the top of the waterfall over looking Chatsworth and drank a bottle of fizzy Cava! After that I went home, hugged Mum and Dad and then phoned my mates and organised a huge house party. For once I’d actually got work!

Were you nervous about joining the show? What was your first day on set like?

I was dead nervous – especially because before we started filming, as there were two of us joining – me and the other new doctor Luke Roberts – we had rehearsals and all the top producers, executive producers and everyone from the script writers to the floor runners came on set and watched us. That’s normal but I wasn’t expecting such a big audience just for the rehearsals.

The first day of filming was ok, so on the second day I thought right I’m gonna make myself really busy and gave myself loads of medical things to do. That was a major error because it meant by the time the camera came round to me I suddenly had to remember not only my own lines but exactly what movements I’d done during my lines, including what I’d done over other people’s lines – it was a total nightmare and I nearly cracked up thinking I just can’t remember anything now and for the next couple of days felt like a rabbit trapped in car headlights.

How would you describe your character Sam? Are there any noticeable similarities/ differences between him and yourself?

In brief I’d say he loves his job and loves a challenge, is laid back but a bit of a rule-bender and slightly mischievous when it comes to trying to help the patients against hospital policy and hierarchy. He loves women but can’t let himself get too wrapped up in them because work comes first… at the moment.

When I first read the character brief I thought please let me get this coz it just seemed to be right on my wavelength.

Sam is apparently a bit of a ladies man – who would be his ideal woman on HOLBY CITY?

I think Sam’s ideal woman might be Connie because she’s feisty, doesn’t beat around the bush and is very talented, which is always sexy. However I reckon they clash quite a lot because she manipulates with her power play and won’t drop the act so it would be very much on a love hate basis.

We had observational training at the NHS Heart Hospital in London. We saw three open-heart operations and it was the most amazing experience I’ve ever witnessed. Those guys totally know what they’re doing and are so skilled under so much pressure. It was hard to stomach the sight of a chest being cut open and I thought I was quite resilient but soon had to sit down before I hit the floor. After that you learn to detach your mind from the gore and concentrate on the operation. It was very surreal.

Do you think you could be a medic in real-life?

I always fancied being involved in medicine as it seems to  run in the family and since being in  Holby I saw someone  on the side of the road who had keeled over and  immediately thought stop the car I can help – until I  reminded myself I wasn’t actually a doctor – but had just learned a lot while studying for the part. He was ok though.

Have you had any real life accidents yourself?

I’ve been in so many potential accidents my mum thinks I must be a cat: I drove my dad’s car into a green-house when I was two years old; did a roly-poly down the stairs when I was five; got kicked off a motorbike when I was ten going over a pot-hole in a field; fell off some scaffolding but grabbed a bar on the way down when I was thirteen; fell through a barbed-wire fence when I couldn’t stop a run-away horse having said I could ride like Clint Eastwood, that was when I was seventeen; and was in a near plane crash when I was twenty. Someone must be looking out for me, but apart from that I’m really careful!

Did you used to watch either CASUALTY or HOLBY CITY before joining the cast?

Yes – I did for years and I remember watching CASUALTY with Granddad as far back as 1991.

You’re famed for your role in the film Fakers – did you enjoy filming this?

I loved every minute of filming – I’d been waiting so long for a film role and learnt so much from watching the others like Art Malik on set. I use to muck about with a camcorder at home to see how I worked on film as all I’d really done until then was theatre work with The National Youth Music Theatre.

I live on an old farm and loved Indiana Jones so would go out side with my best mate Micky from the village and jump off barn roofs and walls into grass cuttings. I also loved what appeared to be tap dancing on wooden floors before I even knew who Fred Astaire was.

Away from busy filming schedules, what do you like doing in your spare time?

Most of all snow-skiing, (but that’s hardly ever coz we don’t get snow) then water-skiing, but also I like mountain-biking, swimming in the sea, reading, films, home DIY and art. If I had a perfect retiring job it would be working with wood or welding scrap metal together.

a) CD you bought – Actually it was Michael Gray’s single Weekend because work wanted me to see if I could choose some appropriate entrance music for Sam in my first episode. They had to go with something else though because of copy write. However I really like Daft Punk.

b) film you watched – Shawshank Redemption for about the tenth time. It’s one of my favourites, along with the classic ‘Its a Wonderful Life’, which is my dad’s favourite too, and perfect at Christmas time.

c) book you read – The Picture of Dorian Gray by Oscar Wilde – amazing book but you have to read it so slowly in order to absorb all the info. Also Pillars of the Earth by Ken Follet – brilliant story and The Curious Incident of the Dog at Midnight – so clear and blatantly honest. 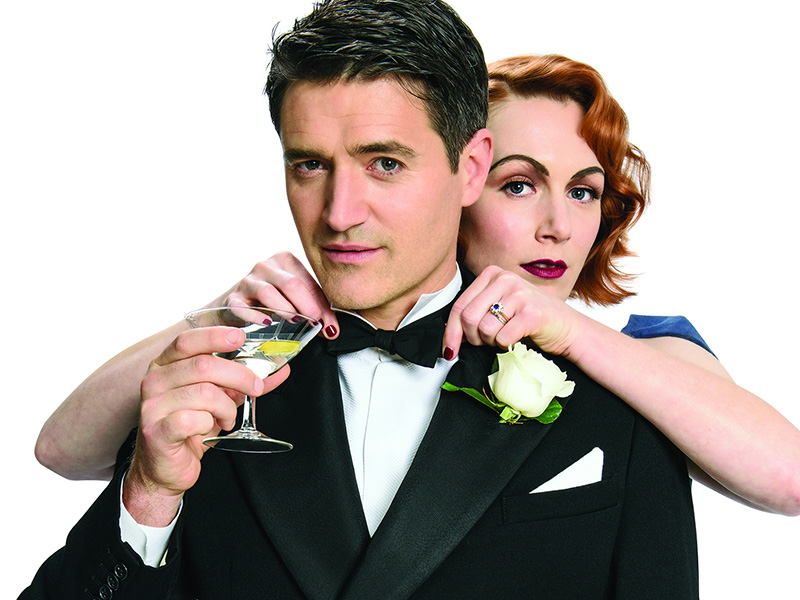