FAMILY : Father, Italian Dino – a factory worker and mother, Sylvia. On his mum, ‘My Mum has to keep changing the channels when she watches Casualty, because she can’t stand to see the blood!’

TRAINED : Dropped out of a Sociology degree. Went to Manchester Polytechnic School of Theatre. Introduced into acting by his teacher, Mr Wilson, at Mosslands School.

PREVIOUS JOBS : Wrapped fridges, picked flowers in Holland, and a life model at Birmingham School of Art – but was asked to leave when he refused to take off his clothes. His first job was a paper round.

WHY HE LEFT CASUALTY : ‘It wasn’t a difficult decision. Once you’ve said cubicle 3 to x-ray twenty times, there aren’t many more ways of saying it, now I want to try other roles, as long as it stays fun, I’ll stay an actor.’

REAL LIFE CASUALTY INCIDENT : I’d been learning judo and after watching me being thrown time and time again and always ending up with a bloody nose, my Dad thought it was time to teach me how to fall. By mistake though, he threw me into the record player and cracked my head open. Dad was horrified by it all, I just remember being fascinated by the hospital, the smell and everything. It was quite exciting to me, but for Mum and Dad it must have been dreadful.’ He also broke his arm when he was 12, trying to impress a girl, by leaping down a staircase.

ON FAN MAIL : ‘The weirdest letter I’ve ever had said, ‘Dear Sir or Madam, I’m a great fan of yours’. I can’t imagine who sent it!’

IF HE WAS REINCARNATED HE’D BE : A dolphin

TELEVISION CREDITS : Crocodile Shoes; The Bill; Famous Five; Pie in the Sky; Out of the Blue; Lenny Henry Show; Dalziel and Pascoe; Casualty; Holby City; Where the Heart Is; In Deep; MIT; Wild West; Doctors; Tracy Beaker; If.. the Oil Runs Out; Mistresses

AT MANCHESTER POLI : The Crucible; The History of Tom Jones; A Superior Residence; Night School; Fear & Misery in the Third Reich; Caste; Pisti & The Bloodbath; The Cherry Orchard; Absurd Person Singular; The Fire Raisers; Two Planks and a Passion

After CASUALTY, Vincenzo went on to join the cast of Where the Heart Is as Chris Eckersley. He continues to work on TV.

In this article:Sunny, Vincenzo Pellegrino 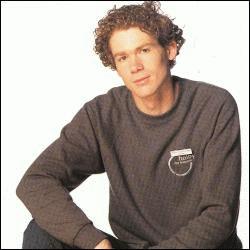