Chantelle : Are you OK?

Arthur : Sorry, yes. I was conducting an experiment

Arthur : How not to be noticed at a party!

Arthur Algernon Digby is a young fogey, think ‘David Mitchell’ without the knowing humour! He was brought up in the country and comes from a sheltered background with a quintessentially English, once well to do family, who now have very little money, but take sole pleasure in academic pursuits. They never owned a TV, so Arthur read voraciously and has an encyclopedic knowledge of specific, niche areas of life, which he will enlighten people of when it has no relevance to their present conversation. He is a collector, a hoarder of objects and has an obsession with historical revolutionary figures, with a particular interest in Garibaldi and Napoleon. But he is the complete antithesis of a heroic figure as he is slightly weedy and prone to allergies! In fact, Gemma, a fellow F1 and his nemesis throughout med school, calls him ‘Sniffles’, everyone later picks up this name and it is only Chantelle who calls him ‘Arthur’. He and Gemma still have a sibling-esque relationship, and she will sometimes still foist child-care duties for her son, Finn, onto him.

He tries hard academically and he is very bright, but he’s a plodder and very bookish, whereas Gemma is quick, instinctively and naturally very clever without trying. Arthur will get there but it might take a little extra work. He went to the same university as Gemma and was always slightly vexed because despite getting to lectures early to secure a front row seat, Gemma would tumble in late, yet she’d still pip him in the med school rankings. She is “two” and he is “three” and they sometimes refer to each other as this.

He is not a people person and at first Chantelle irritates him with her naivety and optimism. He assumes she’s a piece of fluff. However, Chantelle is the one who choreographs his initial weeks at Holby, helping him to settle in and paving the way for him to do well. His arc across the quarter is to appreciate Chantelle; he realises she’s wiser than she looks, a bit of an idiot savant.

We are first introduced to Arthur in S15 E12, at the New Years party at Albie’s. Chantelle dances with him on the rebound from catching Mary-Claire with Rhys. But Arthur is deflated when in S15 E15 as he joins the team, that she doesn’t recognise him from the party. On his first day, with Gemma also, Arthur fails to make a good first impression on Malick. In S15 E17, Arthur’s people skills are tested to the limit when he deals with a patient who thinks he comes from outer space – but luckily Chantelle is on hand to help out. In S15 E22, when Gemma is forced to bring her son to work, she enlists Arthur to help look after him which he struggles with. In S15 E24, Chantelle feels she has little reason to celebrate her birthday and makes Arthur promise to keep it a secret. But the cat is soon out of the bag. In S15 E25, Arthur struggles in the F1 prize assessment but learns he has won, much to his shock and Gemma’s. 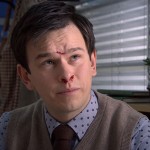 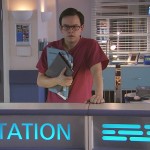 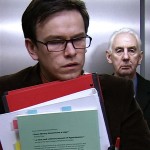 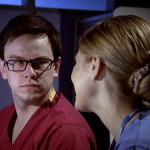 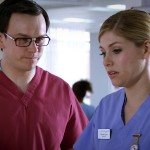 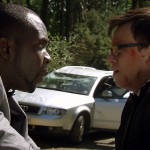 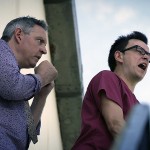