Actress Jing Lusi makes her debut to HOLBY CITY this month as trainee F1 Tara Lo, she talks to holby.tv about her role…

What can you tell us about your character Tara’s personality?

She’s a very eager person and her motivation comes from the right place. She’s also a great representation of a young person entering the workforce during these times where there is lots of competition for jobs. Her mentor is Jac so she perhaps over compensates her personality by trying to prove her worth.

Yes definitely. As an actress I’m in a very competitive industry where you are judged on things which can be perceived as superficial as well as what you can do, so can certainly relate to her struggle. All she wants to do is make a good impression and I think that’s what we all want to do.

What’s Tara’s background and how does she come to arrive in Holby?

She has just finished medical school so arrives as an F1, so she is completely fresh. She’s really keen to get involved as all she has been doing is studying books and this is her first time getting her hands on real people! In her first episode she steps into what seems to be an apparently quiet ward and it all goes wrong – as things do in Holby!

How does Tara interact with the rest of the team?

Her mentor is Jac, so that’s not great! In fact she almost immediately gets palmed off onto Oliver who is slightly more welcoming but I think the fact she is so overzealous in how she wants to prove herself sidelines the fact that her people skills also need to be considered too. She also wants to make a good impression on Hanssen as he’s the big boss, you’ll have to tune in to see how that one goes!

Any potential love interests for Tara yet?

There are so many good looking people on Holby – it’s a nice looking hospital lol! I think in all honesty her priority when she arrives is the fact that she wants to prove her worth. Hopefully later on someone will give her the time of day to see her sensitive side, which of course she has.

What are the cast like to work with in real life?

They are all absolutely hilarious! I have so many laughs when I’m on set. It’s like being in a funny class back at school with the only difference being we don’t have to learn stuff from textbooks! On my first day I was really nervous and the whole cast made me feel so welcome within about 2 seconds. They are a brilliant, embracing bunch.

Who from the cast have you bonded with the most?

I love them all – I know it’s boring but it’s true! I would say though that Guy Henry and Paul Bradley just make me laugh so much. I love working with Olga and Jimmy too.

You’ve appeared in a number of films but this is your first major TV regular role in the UK, how did you get the part and what attracted you to the Holby City role?

I got a call from my agent and the chance to audition for Holby was so exciting. I had some of the scripts through and I just felt a real connection with the character, I knew how to say her lines and how her mind worked – I got her sense of humour too through the script, which really wasn’t that apparent. It might sound cheesy but it really is true, I got her straight away.

Were you a fan of Holby City before joining the show?

Yes, I’d be dipping in and out for years and I was a fan of Casualty. It’s a great show to be a part of, with a brilliant reputation and a great established fanbase.

Have you had to do any research/ hospital shadowing for your role?

I spent some time with a lovely cardiothoracic consultant named Shyam in a hospital in Marylebone and it was brilliant. I did go round the wards with him but I didn’t get to see a heart operation or anything like that but honestly I’m OK with that!

Have there been any parts of the show that you have found difficult, such as learning the medical jargon or being squeamish at blood/prosthetics?

Learning the jargon is sometimes hard as obviously we aren’t real Doctors, although I would say the most challenge thing is the amount of things you have to do. You can be doing loads of things at once, walking down a corridor, listening to a patients heartbeat -when you’re not really listening to a heartbeat, there are just so many things to be aware of.

What have been some of the highlights of your acting career so far?

This role in Holby definitely one of them although I have been lucky enough to spend a lot of time abroad. Recently I stayed in Palma De Mallorca and stayed in an amazing hotel that had my own plunge pool in the room – you don’t get that at Elstreelol! I’ve been to Malaysia too and it’s brilliant when you can get the combination of travelling and working.

You started performing at a young age but also trained and got a degree in Law, what made you decide to follow the path into acting as a career?

When I was young I did a musical and I think that’s what made me fall in love with acting. The freedom of performing really stuck with me and I knew that eventually I would come back to it. I come from quite an academic family so I wanted to explore Law and give myself a good grounding in life, go to a university in central London and grow up emotionally before I entered this crazy industry.

Who are your acting inspirations?

There are a lot to be honest. Natalie Portman’s work of late has been amazing and Carey Mulligan has also done an amazing job and she was obviously always flying the flag for Britain – she crosses the America/British divide so well.

What do you enjoy doing in your spare time? Is it right you’re a keen rock climber?

I am a keen rock climber but I’ve lost one of my rock shoes so I haven’t climbed in a while! I like learning new things, especially physically so I do a lot of yoga and Pilates. I like to keep both my body and mind occupied. I love going to the cinema too.

In the second part of our interview with actress Jing Lusi, who left our screens this week following the sad death of her character... 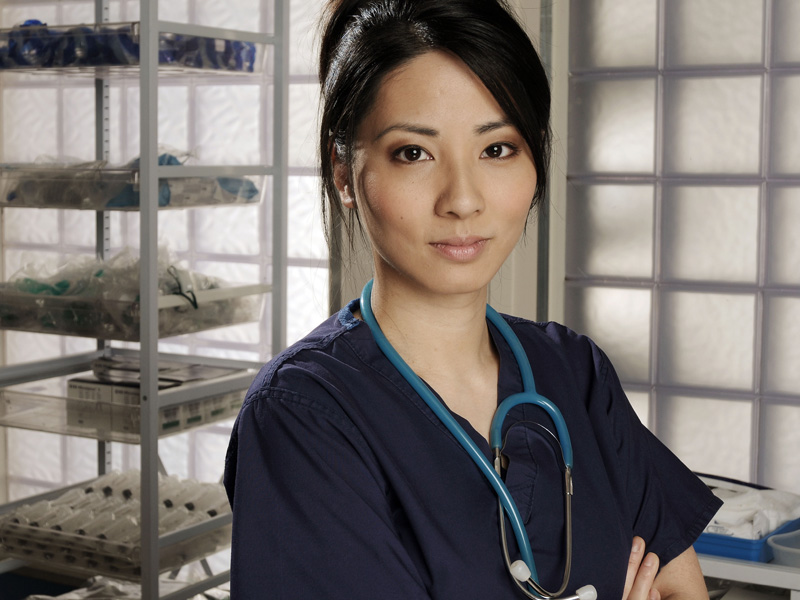 Newly married Tara Lo is about to face her toughest battle yet, when she faces an operation on her growing brain tumour. In the...