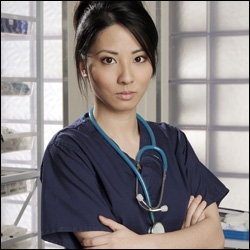 Vibrant, beautiful and annoyingly eager. Tara Lo pushes herself to excel amongst her peers. She comes from a privileged background but is acutely aware of life’s frailty and in a hurry to establish herself as a brilliant doctor. Her perfectionist nature sometimes hides a lack of confidence and she has a short-lived temper when things don’t go her way, but on the rare occasions when she lets her guard down she has an endearingly goofy sense of humour.

When she makes her debut in S14 E21, her mentor Jac has no time for her particularly as she is so overkeen and passes her on to Oliver to look after. When Tara nearly kills a patient, it questions whether she should be a doctor at all but taking pity on her, Oliver encourages her to stick it out. In S14 E23, Frieda has been tasked with mentoring Tara but is finding the constant stream of questioning difficult.  Distracted by the many duties Malick has offloaded onto her; it is only thanks to Tara’s diligence that a patient’s self-medication comes to light. In S14 E26, when Tara has her first patient death on Keller she has to learn that dealing with death is just part of the job. A patient, dressed as a clown, who reveals he is terminally ill, helps her come to terms with this. In S14 E30, Tara is keen to impress Jac and jumps at the chance to help her with a difficult patient.  When she ends up making matters worse, she is terrified of Jac’s wroth and has to go elsewhere for help. In S14 E34, A transplant patient jeopardises her chances of receiving a life-changing operation, but Tara is determined to ensure she gets the care she needs – even if it means putting her own career at risk. However, her plan also puts Oliver in the firing line. In S14 E35, Ollie has to be reminded to keep personal feelings off the ward when he tries to protect Tara by covering for her mistake. In S14 E37, Tara tries to impress Hanssen while completing her duties on Darwin, but when she finally gets the attention from him that she has been craving, it is for entirely different reasons; he learns that she has a brain tumour that she has kept quiet. In S14 E39, Tara meets Hanssen to discover her fate – but Ollie suspects they may be discussing something else instead. Hanssen agrees that she can keep her job so long as he can keep an eye on her condition and be notified if there are any changes to her health. In S14 E40, Mo asks Ollie to work with Tara on a sensitive patient case, Ollie childishly tries to shut her out. An argument ensues and threatens Ollie’s professional standing with his colleagues, and his duty to the patient’s teenage son, James. Ultimately Tara and Ollie work together to help James come to terms with the fact his mum is dying. In doing so, the pair get closer. In S14 E42, Tara finds herself torn between her feelings for Ollie and her desire for professional advancement with Jac. In S14 E45, Tara is so desperate to prove that she can cope with Jac’s brutal regime, she rejects any help from Elliot or Ollie. Her pride then stops her from then admitting she is struggling with the  patient’s diagnosis, resulting in a routine test going very wrong. In S14 E48, Jac refuses to read Tara’s research project until she has solved the patient’s case, but when it takes longer than expected it interferes with her date with Ollie. Tara realises she will have to face up to Jac. In S14 E50, Jac and Ollie are away at a conference. When Jonny and Mo find Ollie’s phone left in the locker room, they can’t resist pulling a prank on Tara. In S14 E52, Ollie and Tara’s relationship strengthens, he accidentally tells her that he loves her. Tara struggles to come to terms with it but a patient makes her see that they are soulmates.

In S15 E1, Elliot is horrified by Tara’s treatment of a patient who is refusing life-saving surgery. In S15 E8, Hertzig patient, Aisha, is readmitted, and Elliot does all he can to save her, but it’s not enough. Her death has a massive impact on Tara, and when Ollie confronts her about her overreaction to Aisha’s death, Tara knows it’s time to come clean about her brain tumour or risk losing Ollie forever. In S15 E10, Ollie returns to Holby, having spent time away desperately researching Tara’s condition whilst she is upset that he left her in her time of need. In S15 E12, Ollie is concerned that Tara’s reveal has forced her back into her shell. When he tries to engage her in a patient case it’s clear that Tara is frustrated. In S15 E16, Tara faces her worst fear as she suffers yet another symptom. As she undergoes another scan, she’s concerned this the beginning of the end. In S15 E17, Ollie is sick of splitting his life between two homes and suggests he move in with Tara, but when she refuses his attempts to win her round get them both in hot water with Elliot. In S15 E24, Tara is given a fantastic opportunity to assist in theatre, only to experience another symptom of her tumour. As she faces her demons head on, she realises the time may finally have come for her to admit defeat. In S15 E25, Tara arrives back at Holby, refusing to believe her career is over, leading to a breakdown when she finally realises she can no longer cope with her debilitating condition. In S15 E26, with Tara’s operation looming, she proposes to Ollie. Although concerned, she isn’t thinking straight, he agrees and they marry. In S15 E27, Tara’s friends and family gather to support her as she goes under the knife to have her brain tumour removed, but it seems everyone but the patient is looking for complications. 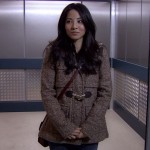 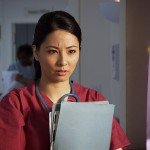 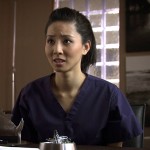 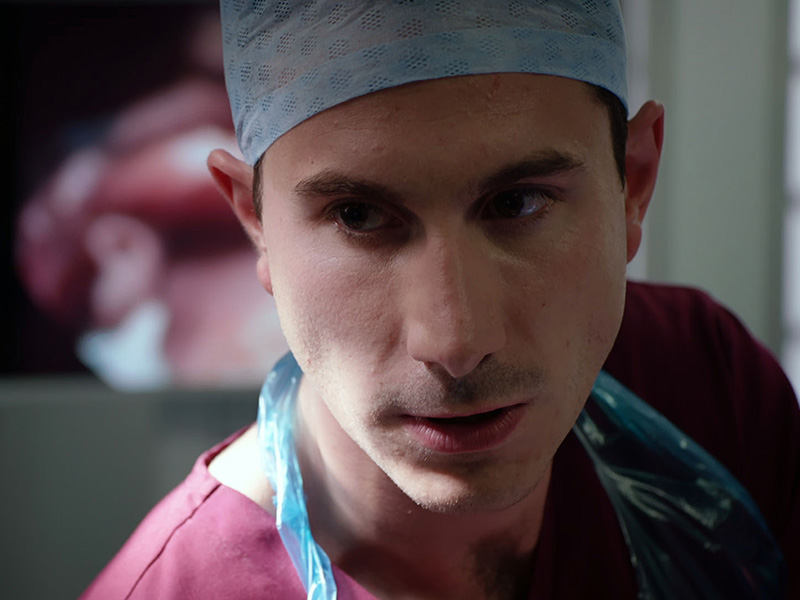