Lee Mead, who plays nurse Lofty is leaving the cast of HOLBY CITY  this month.

Lee originally played the role in CASUALTY for three years before transferring to HOLBY CITY in 2017. It comes after a turbulent time for Lofty, who lost a baby with fling Helen, whom he cheated on despite being married to Dom.

Lofty and Dom decide to renew their wedding vows but Lofty starts to reevaluate his future when a former colleague (Max in Casualty) turns up.

Talking to What’s on TV, Lee says ‘This is not just about the stillbirth, it’s about all the problems that have occurred in Dom and Lofty’s relationship up to now. What happens is really sad,’

‘I always thought Lofty was a bit two-dimensional in Casualty but the producers definitely listened to me and were supportive in developing Lofty’s character and who he is. So it’s been really nice these past few years in Holby to play that. I’ve been really lucky.’

Lee is currently appearing in the panto Aladdin in Milton Keynes. 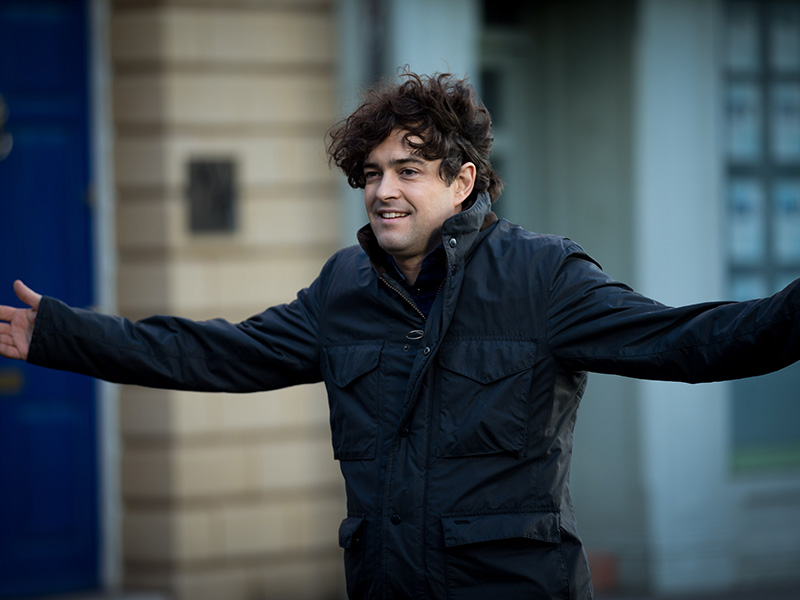 As Lee Mead left our screens this weekend, BBC Casualty take a look at Lofty’s highs and lows…