Lee Mead, who plays nurse Lofty is leaving the cast of HOLBY CITY  this month. Lee originally played the role in CASUALTY for three years...More

Lee Mead will be appearing at the Cramphorn Studio in Chelmsford this June in the theatre production of ‘Someone Who’ll Watch Over Me’. The play...More

As Lee Mead left our screens this weekend, BBC Casualty take a look at Lofty’s highs and lows…...More

Lee will be joining the cast of musical ‘Chitty Chitty Bang Bang’ next year in a UK & Ireland theatre tour. He will be playing...More

CASUALTY’s Lee Mead has made the shortlist nominations at this years National TV Awards in Best Newcomer category. Lee, who plays nurse Lofty in the...More

CASUALTY is to welcome Lee Mead to the cast. Star of the stage Lee Mead will play Lofty, a likeable and popular nurse with a...More 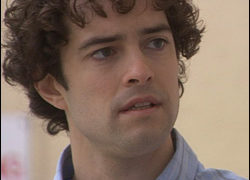