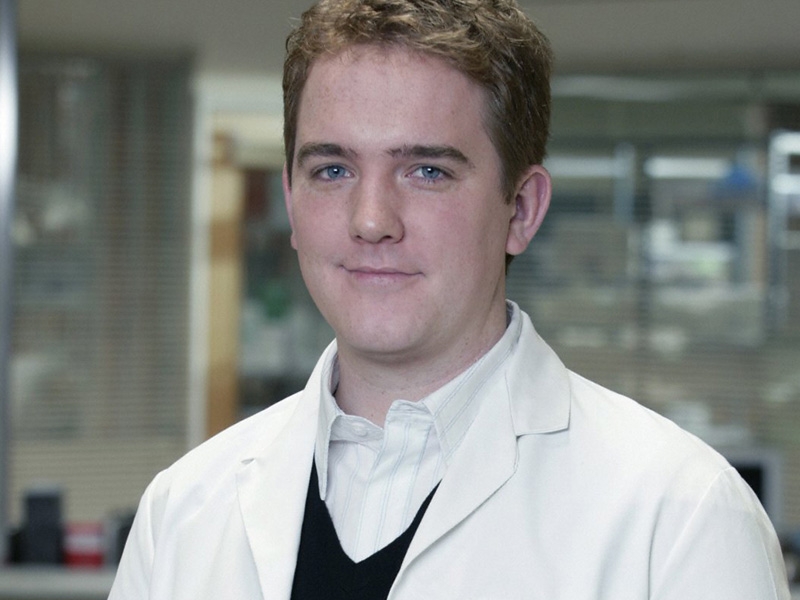 (bumps into Owen, spilling coffee on him) I’m so sorry, are you OK?

4th Year medical student, Matt Parker, dubbed ‘Peter Parker’ is hyper intelligent, reserved and dogged. His mission in life is to know everything about his work and be the best at everything he does. Despite appearing arrogant, Matt has a natural charm but he can sometimes be an over achiever, bear an air of superiority and lacks good people skills.

Matt’s first shift is in S7 E29. But he gets off to a bad start when he bumps into Owen, spilling coffee on him. Without realising who he is talking to, Matt goes on to say he has heard Owen is an ogre. Dean arrives late and Matt gives him a hard time, resulting in a strained atmosphere between the pair throughout the day. Dean and Matt assist Owen with an operation. Dean has a spasm in his hand and cannot give an injection fast enough so Owen tells Matt to do it. Later, Owen warns Matt to work on his abrupt and tactless bedside manner. In S7 E30, Matt and Dean work under Mubbs’s supervision. The two students disagree about the correct treatment for a patient and Mubbs lets Dean have his way. However, Dean’s diagnosis was wrong and Mubbs says he needs to learn from the experience so he will never make the same mistake again. Later, the pair redeem themselves and Mubbs takes them to the bar to celebrate their first successful treatment. In S7 E31, Mubbs is grumpy and tells Matt off for his text book bedside manner. He has a hangover and is not in the mood to look after the two students. Matt notices that Mubbs missed something while diagnosing a patient, and distracts Dean so that he can tell him his concerns. Dean tells Mubbs what Matt has noticed and he reluctantly agrees that they are right.