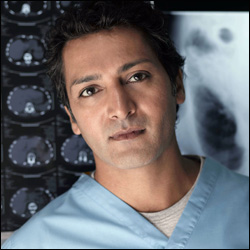 Michael is involved in a fight in the hospital car park. After being punched in the face. Donna comes over to Michael.

Michael : Everything’s rosey, no.. no that’s just the blood in my eye

Michael is a dishy American consultant who is a major hit with the ladies. Despite enjoying flirtations, Michael is married to Annalese with three daughters.

We are first introduced to Michael in S10 E6, when Donna notices him being beaten up in the car park on his first day of work. When she asks him about it, he turns on her. Later, feeling guilty about his behaviour, he buys her concert tickets to say sorry. In S10 E7, there is tension between Donna and Jac as they both fight for Michael’s attention. In S10 E8, Donna continues to flirt with Michael and he finds it increasingly difficult not to succumb to her charms. During a play fight they almost kiss. In S10 E12, Donna believes she is up for the Nurse of the Year award. However, when it transpires there has been a clerical error and she’s hasn’t been nominated, Michael is on hand to cheer her up. In S10 E14, Ric is upset when he is forced to bump one of his patients. He angrily confronts Michael when he learns he has poached his patient for HolbyCare – a brand new private wing. Michael asked Ric if he wanted to join him, but Ric refuses. But when he suffers clashflow problems, in S10 E18, he decides to join him. In S10 E22, after much flirting, Donna and Michael end up kissing. As they tear each other’s clothes off, a phone call interrupts them and Michael leaves suddenly. Donna is unaware that it was Michael’s wife on the line. In S10 E26, Michael sucks up to Connie, anxious about the fact she caught him and Donna in the locker room, and Connie takes the opportunity to wind Michael up. Later, Michael changes his mind about taking Donna to a work dinner after she gets all glammed-up – and Connie likens the scenario to the film ‘Pretty Woman’. In S10 E27, Continuing to impress Connie, Michael suggests carrying out a difficult operation on a patient, which he pioneered in the US. When the surgery goes well, Connie suggests they go for a drink to celebrate. But when Michael asks her to continue the celebrations at his place, Connie turns him down and Michael ends up sleeping with Donna instead. In S10 E28, Donna and Maria are having fun uploading profiles for the Sexy Consultant Awards – but Michael becomes frustrated by Donna’s behaviour and assumes that she’s gossiping about them sleeping together. In S10 E29, Michael gets angry when Ric walks out on a cosmetic operation. In S10 E30, Michael continues his flirty rivalry with Connie over the head of a crash victim. Michael then calls Connie to assist in another operation, knowing full well that her help won’t be needed, and smugly dismisses her when she arrives. Later, Connie teases Michael about the necklace he gave Donna. In S10 E37, Connie offers £500 for Michael in the auction. In S10 E42, Holby is a buzz with speculation about the new Director of Surgery job. Jayne tells Ric and Connie that the role is now open to other candidates. But, strangely, she seems very interested in getting Michael to apply for the position. In S10 E46, it’s the day of the interview for the director of surgery position. Michael invites a millionaire priest, Randall, to meet the Tan family, who have conjoined twins and offers to pay for the operation to seperate them. Jayne berates Michael for bringing a man like Randall (who has bad reputation) to Holby and he soon realises during his interview for the director of surgery position, that he was never in the frame for the job. Later, Ric is about to have his interview when Michael calls and takes Ric to identify a dead body – it’s Ric’s son Leo. In S10 E52, Michael assists in the successful seperation of the conjoined twins.

In S11 E1, Michael persuades a scared Chrissie to have surgery on her scar. In S11 E3, Michael goes behind Elliot’s back and performs a dangerous procedure for a new medical paper on one of his patients. Jac gets wind of it and is desperate to get in on the action. Michael is impressed with Jac’s work and offers to take her for a drink, but is suddenly put off when he bumps into the new anaesthetist – his wife, Annalese. In S11 E4, Michael continues trying to avoid working with Annalese, but is left with no choice when other anaesthetist Jamie leaves him in a dangerous situation and she has to step in. In S11 E12, Annalese had an idea for new way of working on wards. Michael thinks it will be rejected but Ric likes it. Michael realises Annalese might cramp his style at Holby. In S11 E17, Annalese comes to work with Michael but she is clearly very suspicious of him. She snoops through his things. However, all she succeeds in finding out is that Michael and Donna have been planning a surprise for her. In S11 E20, Julia, an old flame of Michael’s, turns up at Holby as a nurse for one of his private patients, wanting to rekindle their affair. Worried Annalese may find out, he calls on Donna to help keep the situation quiet. However when Michael rejects her, she tells Annalese of Michael’s previous indiscretions while at Charing Cross. Later Donna forces Julia to tell Annalese it was a lie, but Annalese’s suspicions are already aroused. In S11 E21, Annalese is determined to find out what Michael’s been up to. With his strong denial, she thinks it’s in her head until she spots Donna wearing they same necklace as the one Michael bought her. In S11 E22, Annalese is so suspicious of Michael that she can’t focus on her work. She confronts him about his affairs while he is operating on a patient, and she loses concentration, causing his death. In S11 E23, Michael tries to cover up Annalese’s mistake in theatre while she tests positive for alcohol consumption. Ric tries to keep everything under wraps. In S11 E24, Annalese and Michael are colluding over Hewitt’s death. Annalese is still furious with Donna, following her affair with Michael.

“Some people call him the panda.. because he eats shoots and leaves” Eddi on Michael. 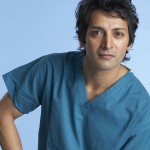 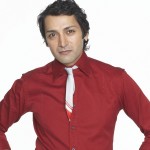 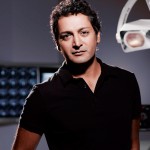 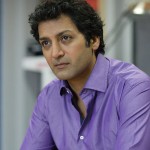 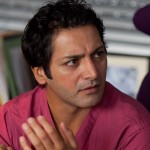 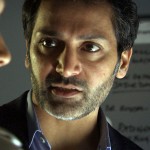 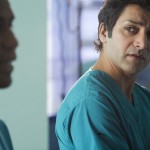 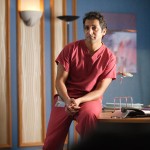