Popular former HOLBY CITY actress Patricia Potter is currently treading the boards at the New End Theatre in Hampstead in Rosemary Friedman’s play ‘An Eligible Man’ which runs until 8th June. In Patricia’s third interview with holby.tv, she discusses her new role…

Are you excited about appearing on stage having been a regular on TV for the last five years?

I’m in a strange state somewhere between excitement and terror! It’s been a long time since I was last on stage so I was worried that I would find it difficult and frightening but actually it’s been great fun and I’ve thoroughly enjoyed the rehearsal process. We had our first preview last night which was quite an adrenaline rush!

How does TV/ theatre compare and differ and do you have a preference?

I can’t say I have a preference between TV and theatre. I was worried that having become very comfortable with filming Holby that I would struggle to be heard clearly in a theatre, but I’m relieved to say that it all comes back quite quickly when you’re up there.

What can you tell us about the play ‘An Eligible Man’?

The play is about a widowed Hampstead judge who at the beginning of the play is struggling to cope without his wife. He finds himself being pursued by three very different women, all of whom hope to take the place of his late wife, and of course, he is trying to rediscover the happiness he has lost. However his daughter, Penge, is understandably furious about these women coming into their lives. The play is both funny and moving as it looks at the complexities of love and loss.

Well, Penge is a very complicated girl. She’s reacting against everything her father stands for – she sees him as a closed minded, old fashioned, upper class bore – yet she is actually devoted to him and despite her minimal efforts to be independent and reject her public school education and privilege, she is actually completely dependent on him for pretty much everything. She is struggling to have a career as an actress but it’s not going well, and she knows how disappointing he finds this which of course makes her terribly defensive about it, he hates her boyfriend, who is totally unreliable, but beyond all of this both her and her father are struggling to cope with the death of her mother. Beneath all her bluff and bluster she’s kind and funny, and she wants her father to be happy.

Had you read any of Rosemary Friedman’s work before you started doing this play?

No I hadn’t. I will be now though!

Fantastic. We’ve had a ball. Terrible nerves but lots of giggling. Also, I’m obsessed with the Archers so poor Graham has been hounded by me.

Ever? A shepherd in the primary school nativity play. I remember being livid about not being an angel and getting to wear tinsel. I wore a horrid sheepskin rug. Was Mary the next year though, and finally made it to the heady heights of Gabriel the year after. Then someone ruined it all by mentioning that Gabriel was, in fact, a boy.

I do really enjoy the theatre, but it’s very expensive in London, especially the West End, and often a bit disappointing. However, when you see something fantastic, you can’t beat it. The plays I’ve seen most recently which were great were Speed-the-Plow by David Mamet at the Old Vic, Happy Now? By Lucinda Coxon at the National, and War Horse also at the National. Hard to pick out favourite plays, but I do love Cabaret. I’d love to have a go at Sally Bowles!

How would you recommend ‘An Eligible Man’ to people thinking of coming to see it?

Do come! It’s a poignant comedy about love and loss.. and you can laugh at me being stroppy in a bicycling helmet!

It’s been nearly a year since you left HOLBY CITY, do you miss working on the show? Were you pleased with Diane’s exit storyline?

Poor old Diane! What a muddle she was. It seems so long ago now I can hardly remember, but I did very much enjoy my last few episodes. Lots of drama!

I’m very pleased to say that I still keep in touch with all my lovely friends from Holby, so
I actually don’t miss it nearly as much as I expected to. I was there for 5 years so it was definitely time to move on and try something new.

I was so pleased that the show won a BAFTA recently. It was very well deserved.. everyone works so hard every day there to keep the standard high. I don’t miss those early mornings though. Theatre turns you into a night owl.. much more to my taste! 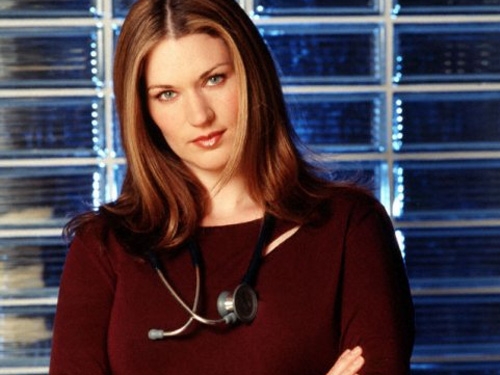 HOLBY CITY's Registrar Diane Lloyd has had a rollercoaster ride this year. After her sister Joanne died in a car crash, Diane faced a... 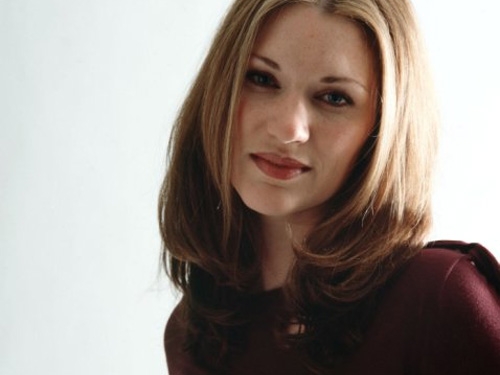 Popular HOLBY CITY actress Patricia Potter had a busy 2006; aswell as playing her role of Diane Lloyd in the medical drama, she also...