Sitting in Limbo tells the true story of an innocent man caught up in the Windrush scandal; in 1965, Anthony Bryan was just eight years old when he travelled on his mother’s passport to start a new life in Britain. But, in 2016, after applying for his own passport to visit his ailing mother in Jamaica, Anthony was stunned to discover there was no record of him as a British citizen.

Despite having lived and worked in London for over 50 years, the onus was now on Anthony to prove his status to the Home Office.

Written by Anthony’s brother Stephen S. Thompson, the drama reveals how Anthony was forced to leave his job and was unable to claim benefits. He was then forcibly removed from his home, detained as an illegal immigrant and threatened with deportation to Jamaica. Anthony’s story is at the heart of what has since become known as the Windrush immigration scandal.

Of the script Patrick said ‘By the time I’d got to the end of reading the script, I was in tears. I was born in England in 1963, so I’ve only ever known Britain as home. I’m English, British, West Indian and Jamaican. These are all the boxes that I seem to fit into, and that other people like to put me into. As a man of colour living in Britain, your antenna is always up. I feel like that today and every day.’

Talking of his time when he first joined CASUALTY back in 1990, he recalls being interviewed by a journalist for a women’s magazine, “It was the first bit of publicity that I’d had,” he says. “I’d been with the Royal Shakespeare Company for four years and this was my first bit of TV, so I was really excited. It was really big for me. I was 26.

“So I did this interview on the Tuesday and by the Saturday I was in the middle page of The Sun. There was a cast photo, a heading and a bubble coming from my mouth that said, ‘I’m just the token black in Casualty.’

“You think, ‘Well, the journalist only saw that I was black. He didn’t see a person. I was excited, ‘I’m going to get a little article, I’m an actor and doing well’. No, you’re just black first!

Adding the importance of ‘Sitting in Limbo’ ‘This story highlights how the British government systematically created a hostile environment for dealing with people who don’t have much power – just like how the slave owners treated people of colour for over 400 years. Anthony’s just an ordinary guy who’s dealing with injustice. But his is just one story – there are hundreds, thousands of these stories. I’m very proud of this film and I think people in the UK need to see it.’

Sitting in Limbo airs on Monday 8th June 8.30pm on BBC One.

In this article:featured, Patrick Robinson 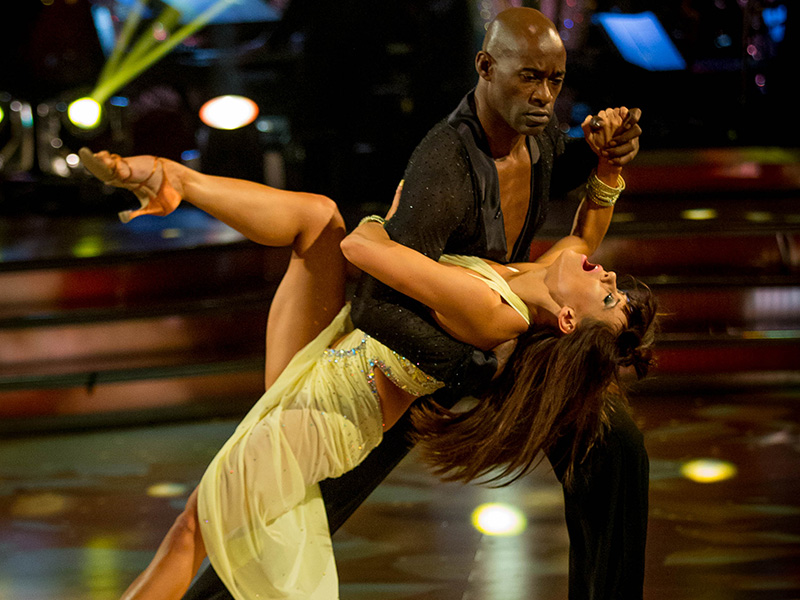 Despite a strong performance this weekend, Patrick Robinson found himself in the dance off . Patrick danced the Rumba to ‘When I Was Your...