Patrick Signed up for Strictly 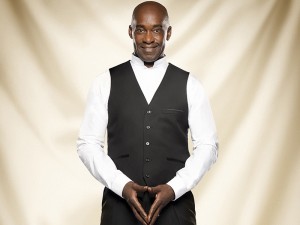 CASUALTY favourite Patrick Robinson has been lined up to appear in this series of Strictly Come Dancing.

Patrick, who returned to the medical drama earlier this year as Locum Consultant Ash will take part in the 15-strong line up when it starts on 7th September.

The first episode will pair up the celebrities with their professional dancing partners, with the live shows beginning after a few weeks’ rehearsal.

Patrick has some previous dance experience having taken part in Let’s Dance for Comic Relief 2009 where he performed a routine based on Riverdance. However judging by his enthusiasm for performing Patrick could quite well be a contender for the top spot in this year’s show “I learned historical dance at drama school and I’ll try my hand at anything, I’ll dance for dancing’s sake. I love funky soul stuff but I’ll get up to dance when no-one else is. If the music hits me, I’m off.”