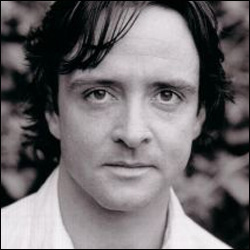 HOLBY CITY APPEARANCE : Richard has also had a guest role in HOLBY CITY, playing Lee Walmsley in S5 E32 ‘By Any Other Name’. [More Info]

WRITING : Richard also enjoys writing. ‘I have got a lot to say, I’m really interested in the world I guess, and interested in relationships. I wrote a play [Dishevelled Elvis] and it was received quite well. I have been told I can write, I think there is a playwright in me’