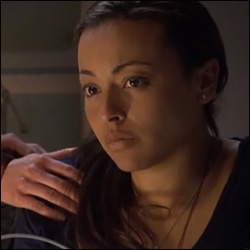 It’s the day of Elliot and Tara’s pioneering heart operation, but Elliot has second thoughts about it and Joseph is left to step in. With the stress getting to Joseph, however, Elliot realises that he should perform the procedure in the best interests of the patient.

Donna, meanwhile, throws herself into her work on the ward – unable to face the reality that her dad might never regain consciousness. Tests soon reveal he isn’t responding well and Donna has to say a tearful goodbye to her father as his life-support machine is turned off.

Elsewhere, Oliver finds himself in hot water with Chrissie after accidently sending her a rude e-mail which was meant for Penny. To apologise, he takes Chrissie for a drink. Several drinks later, a surprised Oliver kisses Chrissie and they go home together.

In this article:Abi Bown, HC Series 11 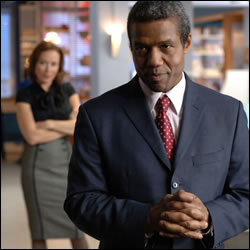 S11 E15 (27 Jan 09) : Breaking News by David Lawrence Episode Summary Connie is making preparations for Ric giving up his job and is...