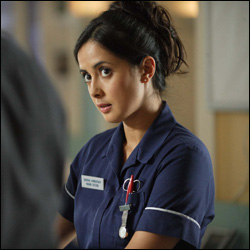 Joseph tries to find Archie’s notes and leaves Thandie and Elliot to look after the ward. He does not have the authority to look for the notes but gets them anyway.

Meanwhile, Chrissie wants to make an effort with Judith but, when Vanessa reveals that Judith has jeopardised Mark’s job, Chrissie lets Judith have it with both barrels.

Oliver is desperate to prove that he can deal with whatever Jac throws at him, but realises that sometimes it’s wise to accept help.

In this article:David Lawrence, HC Series 12