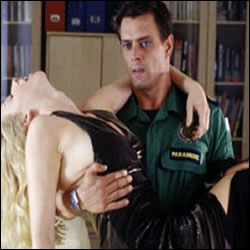 Following the shock news that she is diabetic, Bex is distraught. She refuses to answer the door when Luke, concerned that she has not received any insulin, comes to check on her. Instead, she drowns her sorrows in wine and cigarettes, unaware of the danger she is putting herself in. Luke tries to convince Josh that they need to go and check how she is, but Josh says that Bex is a grown up woman and can take care of herself and that they should be concentrating on work. Later Luke takes the ambulance when Josh is not in sight and drives to Bex’s place, only to find her lying on the floor, unconscious. He drives her into hospital, where she soon is back to normal after getting some medication.

Nikki and Jim decide to ditch the staff party in favour of a cosy weekend at his remote country house. But their ideas of romantic, candlelit evenings are ruined when Andy turns up, determined to finish what he and Nikki started. Jim has to go and buy some more things to eat, leaving Nikki and Andy on their own in the house. After having a bath Nikki cannot any longer avoid talking to Andy and, unable to resist each other, they end up kissing. When Jim comes back they are lying on the sofa in each other’s arm and have to get dressed in a hurry before Jim enters the front door, ready to make all of them a fancy dinner.

Charlie’s son, Louis, is finally responding to treatment and should be released from Holby in a week’s time. To celebrate, Louis’s grandad, Kenneth, has a Christmas surprise for the whole family: he’s bought them all tickets to Lapland. At first Charlie is disappointed – he had been hoping to spend Christmas with Louis, but, much to Dan’s horror, it turns out that Ken has got tickets for Charlie as well, so they will all be spending Christmas together.

Roxy is treating Eddie West, a homeless man with a cut on his arm. He proves to have got the cut when fighting with a man at the dump, because Eddie did not want anyone else to collect stuff at the dump that he thinks is his territory. The man also happens to be in the ED with his son Dean Collins, who is suffering from an asthma attack. When they notice each other they end up in an argument. Later Dean’s sister Stacey comes to talk to Eddie and says that her father was only trying to find them Christmas presents because they cannot afford to buy any this year. Stacey and Eddie seem to get on pretty well and eventually the girl and Eddie agree that they all will spend Christmas together and Stacey’s father is forced to agree.

Bradley Williams, a 23-year-old, and his stepfather Jed Blackburn are both brought in after crashing their car. It is assumed that Bradley, who seems to have had a bit too much drink, was driving the van. He is also in a worse state out of the two. While Jed only has whiplash and injured one of his legs, Bradley has got severe head injuries and together with all the other injuries it is too much and he dies. His mother, Susan, cannot believe it. His father had had a lot of problems with alchohol and she knows that Bradley would never drink and drive. She even refuses to go and see Bradley before he dies because she is so disappointed and angry. Later Abs is having a chat with Jed and Jed complains that his chest hurts a bit. When Abs checks it he realises that Jed has got a huge seat belt bruise and because it goes over his right shoulder Abs realises that Jed had been driving the car and not sleeping like he said he was and that Bradley, in fact, was innocent. Betty Overton and Bob Jones, an elderly couple, are also brought in from the accident. Bob has a stick poking out of his stomach and Betty has hurt her arm. They, however, both end up having heart problems – Bob even has a heart attack while in resus – but in the end they both are alright.

Bob Jones – stick poking out of his stomach, later has a heart attack

Eddie West – a man that collects things from the dump, cut on his arm

Bex – unconscious after not getting insulin

[Luke is knocking on Bex’s front door, trying to get her to come and open the door, while Josh is in the ambulance waiting for him.]

Josh: She’s obviously not there, Luke.

Luke: Bex! Hey, come on you drama queen. You’re not the first person to be diagnosed diabetic, you know.

[Jim has prepared dinner and takes it to the table where Nikki and Andy already are waiting.]

Jim: Anybody hungry? How great isn’t this: good food, good wine, my son, the woman I love… Cheers! 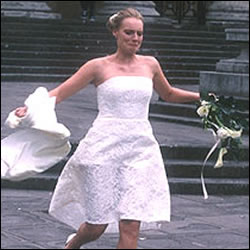 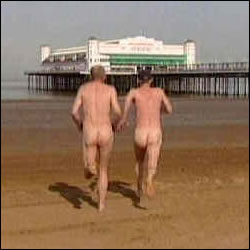