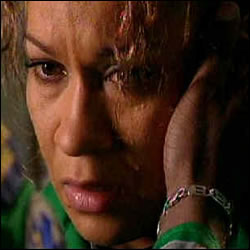 Comfort is not dealing with the emotional aftermath of the train crash very well. Thinking she sees one of the children who died at the crash site crossing the road infront of the ambulance, she slams on the brakes and causes a crash. Later, she is deeply affected by the grief of a widow. Eventually, she admits to Josh that her experiences at the crash are affecting her work and he signs her off. But Fin is upset that Comfort went to Josh for help instead of coming to him.

Simon is offered a job with a pharmaceutical company, but after talking to an insecure medical student at an emergency scene, he remembers why he wanted to be a doctor. He decides not to take the position when a procedure he has never performed before is successful and he realises he still has new challenges to face at the hospital.

Harry seems a bit preoccupied and fails to recognise the symptoms of a threatening disease during a patient’s assessment. He also gets the shakes while helping a collapsed woman and explains it away by telling Lara that his body is just adjusting because he has stopped taking his anti-depressants. But he later fills out a prescription form for himself, forging Lara’s signature.

In this article:Cas Series 18, Emma Frost 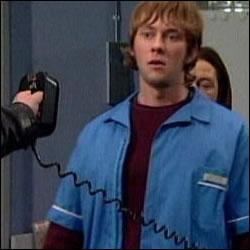 S18 E27 (6 Mar 04) : Love and Loathing by Jason Sutton Episode Summary Lara wakes up after spending the night at Simon’s. Tally is... 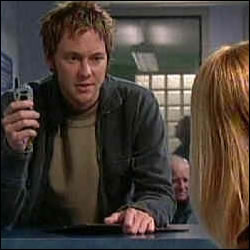 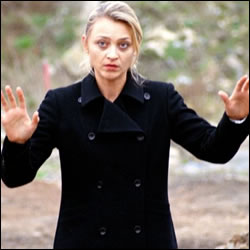