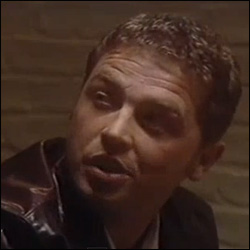 It’s the day of Terry’s post mortem and Lisa is feeling very guilty. She is wondering whether having her father’s body exhumed was the right thing. Kath is at work despite Danny trying to keep her away. Ric offers to go down to the morgue to observe the procedure or behalf of Kath.

Mubbs is treating a lesbian couple who are having trouble. Deborah is having stomach pains but it isn’t to do with the baby. Lisa takes her up to Keller ward. When she is there she sees Kath and Danny, who has moved out of her flat.

Tony Vincent appears on the maternity ward having come in with his friend Kirsty. She says her baby is due but Tony wants to have her induced as she’s driving him mad. Ben asks Mubbs but he refuses to induce her to help Ben and Tony be able to go on their date.

Ric finds out that Kath never returned the diamorphine she was prescribed for Terry. He puts two and two together and realises what Kath did. He confronts her but she denies it. Ric then goes into theatre with Mubbs and Deborah’s baby is deliver be Caesarean section. It’s a girl but after her delivery Ric discovers septic shock in Debroah’s small bowel and she arrests. Ric tries everything to save her but Debroah eventually dies.

Meanwhile Kirsty is fed Indian food and chillies in an attempt to make her give birth. Eventually Kirsty gives birth to a baby boy in the ladies loos while Ben and Tony try to help. Afterwards she tells Ben that Tony is really into long-term relationships and that she and Tony were going to get together and make a go of it. Because of this Ben blows off the date but later Kirsty tells him that she was lying.

Kath is arrested on the ward after the police discover a puncture wound found on Terry’s thigh was concentrated with diamorphine. Danny blames Ric as he knew about the prescription but then he accepts Ric’s offer of a solicitor. Lisa walks into Ric’s office while Danny is there and they exchange words. Lisa looks upset but she tells Danny she only wanted the truth about how her father died. Danny calls her a selfish cow.

Kath gets very upset when the police imply that she helped Terry commit suicide. Her solicitor tells them to either charge her or let them go. The police inspector says she has no choice and then she charges Kath with the murder of Terry Fox.

Solicitor: Stop this! My client is distressed! Now either charge her or let her go!

DI Jane Archer: You’re right, this has gone on long enough. Katherine Anne Fox, in the light of this evidence, we’re taking you to be charged with the murder of Terry Fox.