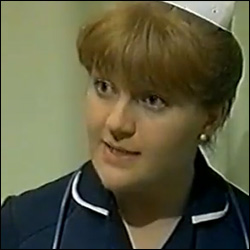 After visiting his wife on Clifton ward, Eric Hogarth, makes his way to the A&E department – after 48 years of marriage, it’s their first day apart and he doesn’t want to be alone. He tells Helen he has a swollen ankle. On examining him, Beth discovers he is ill with pulmonary edema, and he later arrests. With the CRASH team effort, they manage to save him.

A skinhead, Gary Salter, comes in with his sex crazed girlfriend, Lorraine. He has a cut hand. And David comes in with his elderly mother, Edith who falls off her bed after a heart attack. After years of looking after her, he is fed up and thinks he’s finally free – Lorraine makes a pass at him in the interview room and he takes her up – until Gary finds them, and head butts him. To make matters worse for David, he hears his mother’s bell ringing – she’s made a full recovery.

A man, Andy, comes in with a burnt hand, after spilling acid on it – Megan discovers he can’t read.

Louise Richardson is brought in from a record shop with stomach pains, with her friend Pete. Trying to blag free CD’s, Jimmy sees Pete drop a load of CD’s – realising she faked pains, so they could shoplift.

Two teenage girls, Imogen and Nikki, swallow a bottle of paracetomol between them. Two men then come into the squat they are in and attack them. Now at a warehouse, Imogen can’t bear the pain of the cut arm she has received and goes to A&E leaving Nikki behind. Megan comforts her, where she reveals she is homeless and she’s swallowed pills, and they treat her. Megan feels there is something she is not telling her and when Nikki rings up, Megan realises she has swallowed tablets too and persuades Imogen to tell them where she is. Paramedics Keith and Vicky go and collect her, just in time to avoid her being attacked by two tramps.

And a prostitute, Jenny, comes in with a bite mark to her thigh. Duffy spots she has hepatitis, and tries to get her to stay, but she discharges herself. She is later brought in dead on arrival after being beaten up.

* Louise Richardson – fakes stomach pains to get away with shoplifting.

* Andy – man with burnt hand after spilling acid on it.

* Imogen Wyatt – 16 year old runaway with cut arm, and over dosed on paracetomol.

* Jenny – prostitute with bite mark, has hepatitis, brought in later dead after being beaten up.

Imogen : Perhaps it needs more than one bottle.

Nikki : Should’ve bought us one each.

Imogen : Didn’t have enough money, did I?

Nikki : What are we going to do?

Josh : It’s a young woman, badly beaten, coppers said she had an output, so we brought her in.

(Beth notices her as Jenny, from ‘Roy’ tattoo on arm)

In this article:Cas Series 5, Ian Briggs 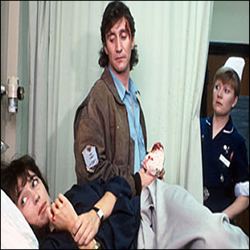 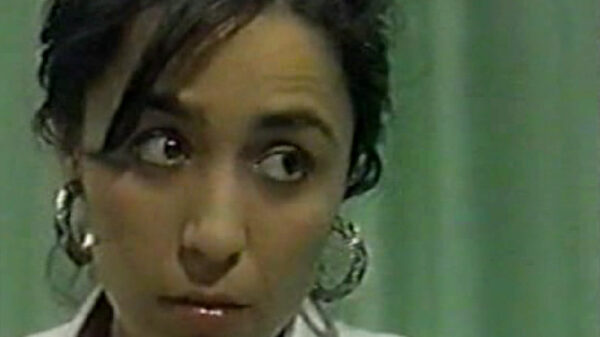 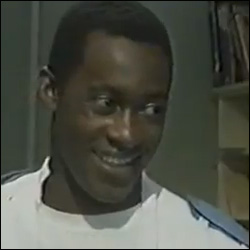