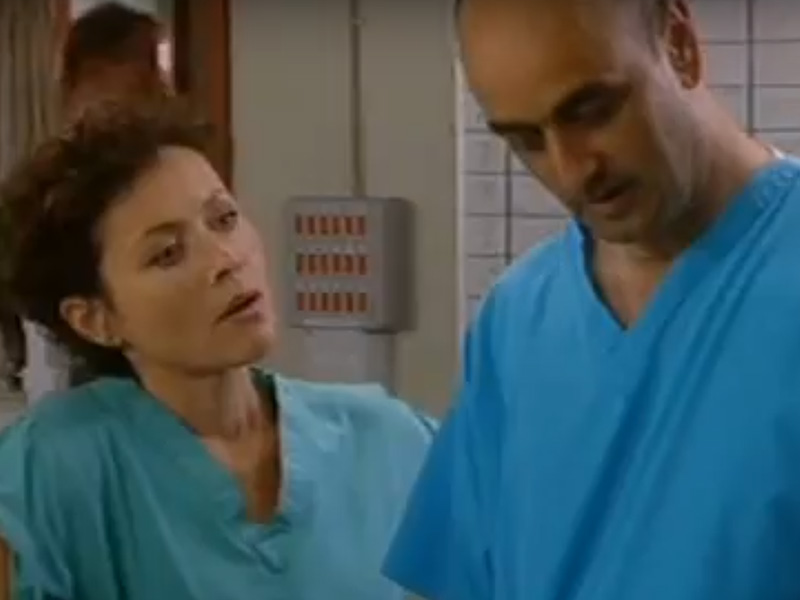 Simon arrives to take baby Jack from Diane and Owen, as the medical drama continues. Diane is devastated but decides to go to work to take her mind off things. Owen tries to talk to her but she blames him for losing the court case. Chrissie overhears them and suggests that now baby Jack has gone, there is no reason for them to stay together. Owen says that he loves Diane and asks Chrissie for advice. Later, Diane breaks down and Owen takes her home.

Tricia asks Diane for her test results and discovers that the lump is malignant. She needs to have it removed but refuses, as she doesn’t want any scars. However, Carlos later puts pressure on her to go ahead with the operation.

Mickie comes to work with a bruise on her face and tells Lisa that she took drugs and was attacked. Lisa is shocked but understanding, blaming Donna for giving her the pills and for abandoning Mickie when she was in need. Lisa tells Mickie that she no longer has to sleep on the sofa and offers her Donna’s room.

Connie tells Zubin that she has heard he is considering taking a new job at the Paris Institute. She assumes that he wants to leave because of Jess and gives him a hard time. Although Zubin tells her he has not yet decided if he wants the job, Connie tells Jess that he is leaving. Jess is upset but Zubin tells her that he should leave because of his feelings for her.