Fans are in shock tonight following the tragic death of CASUALTY’s most popular receptionist, Noel Garcia.

Holby.tv caught up with actor Tony Marshall, who has been playing the role since January 2008 – the show’s second longest running character having appeared in over 487 episodes ..

Holby.tv are so sad to see you leave and in such a tragic final storyline, how did you feel about your exit storyline?

I honestly felt sad about the storyline but I understand it’s so important to portray real life situations and this was one of them.

Having been on the show for 12 years, you must have a lot of fond memories, what will you miss most about working on Casualty?

Will miss the people mostly: Lovely bunch, cast and crew.

Did you take any keepsakes with you from your time playing Noel?

I kept one of my action figures!

What have been some of your favourite storylines/ scenes to work on?

Noel having a daughter he did not know about, when Noel uncovers a dodgy therapist is having relations with his young patient and Mrs fish episodes to name but a few and all the stuff with Big Mac.

We’ve often felt we’d like to have seen Noel have more storylines, would you have liked to have seen them develop his character more in any way?

Would have loved an on screen kiss! 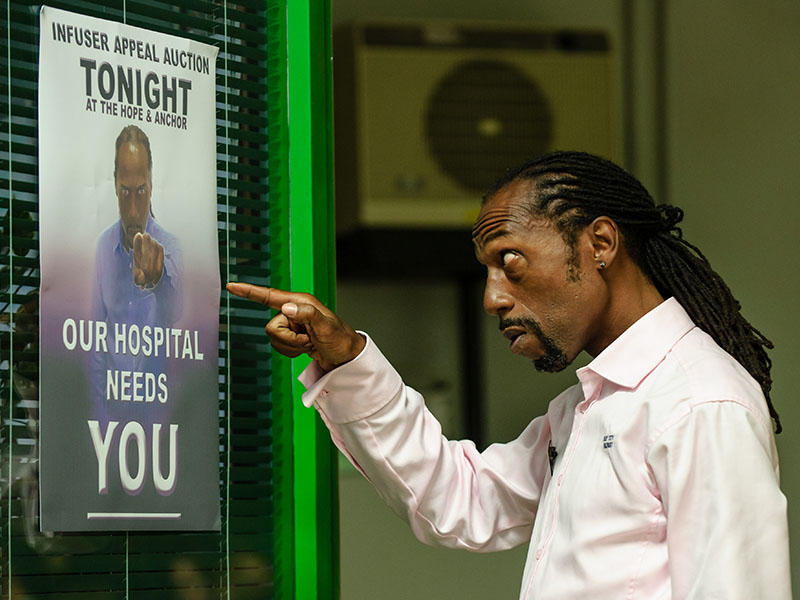 Having been a part of many different era’s of the cast over the years, who do you still keep in contact with?

Noel has always been known for his comedy moments, has there been any funny moments on Set that have been memorable to you that you can share?

I couldn’t get this one line out about not knowing my daughter as a baby – I kept on saying my daughter had a baby! 12 takes later .. I still don’t know if I got it right! Bear in mind I was known on set as Tony one take – people were crying with laughter.

What’s next for you career wise?

Noel will always be our favourite receptionist! Finally, do you have a message for fans of holby.tv that have supported you during your time on Casualty?

In this article:featured, Tony Marshall

After 13 years on the show, actor Tony Marshall bowed out of CASUALTY this weekend. His character, popular receptionist Noel Garcia, tragically met his...