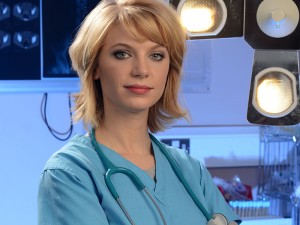 Ty Glaser joined our screens at the beginning of this year as doctor Gemma Wilde. This week her past catches up with her when a patient recognises her as ‘Dr Honey’. Her job is put on the line when Hanssen finds out.

Ty talks to holby.tv about her HOLBY CITY role and what’s in store…

How have you been settling into Holby so far?

Yeah fine. It’s pretty full on initially but you get used to it. Everyone’s very supportive, friendly, kind and encouraging.

Is Holby your first regular role on TV?

I guess so. Years ago I did do Emmerdale for about six months, I played Andy Sugden’s girlfriend. But that was a whole different thing! Already, I’ve been doing so much more here. This actually feels like a proper job!

So Gemma’s background involves having a son, Finn?

Gemma’s a single mum. She s got a deal where her mum looks after him guilt free whilst she is at work. It’s a pretty hardcore set up as she’s pulled in two directions but at the end of the day she wants to provide a better life for her son and give her son a good work ethic; prove that you can be successful and achieve things.

What’s it like working with the young actor who plays Finn?

He’s amazing. He’s called Finn as well. He’s very cheeky, and even gets some adlibs in. I couldn’t have had a better son!

Were you protective of him?

Yeah but I don’t think he really needs  any protecting! He’s far more savvy than me.

Do you find it difficult juggling your own life with a busy schedule like Gemma does?

Not really. I’ve just had a week off so it’s been quite good! I was very busy at the start but now things have eased off a bit. When it’s busy, it can be full on 7am – 7pm but I can’t complain.

What’s the dynamic between Gemma and Arthur?

The two of them have quite a competitive relationship; both were vying for the same position. It’s fun to watch. I really enjoy working with Rob, who plays Arthur. He’s the loveliest guy ever.

Are you competitive in real life?

No, I’m not very competitive at all. I’m rubbish at games! I say if you really want to win, then go for it as I can’t be bothered with the stress! I wish I was more competitive, I guess it would help especially in this industry.

Any plans for a love interest for Gemma?

There’s a new character starting soon, doctor Harry Tressler, who’s quite pretty with a twinkle in his eye! I’ve no idea if something actually kicks off or if anything continues between them but we’ll see. I don’t know whether for his character it means anything as it does to Gemma. And if she keeps to herself, workwise I don’t know if she has enough time. Casual relationships are not really her thing!

Oh yeah that would definitely be fun! I really enjoy doing the doctor stuff, dealing with the patients but obviously it’s not a very personable relationship so it would be nice to have a relationship to show a different side to her. 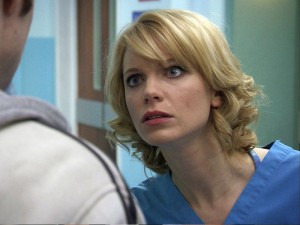 An instinctive fighter – will she put her job on the line?

When Gemma first joined, we learnt about her job as ‘Dr Honey’, what can you tell us about that?

It’s something Gemma got into when she was younger and probably skint. And again, being a single mum needing a bit of extra cash coming in; she was offered a fair amount of money to do it and it seemed like a good idea at the time! I don’t think she realised quite what was expected of her which can happen to lots of people and can get taken advantage of.

Also apart from that, when she did realise what was expected of her and didn’t want any more to do with it; it’s not gone away because of the internet and the way things are, so it rears its ugly head. As a doctor, how much that affects her, most people could say it is what it is but it undermines her sense of confidence. She’s worried who is judging her. Gemma is very ambitious and on her first day especially with Michael Spence calling her Blondie; it’s frustrating for her. But it does come back around and haunt her again.

Do you go out much with the cast?

We went to Funky Buddha, that was fun. We’ve been to a couple of Monologue Slams; a Tri-Force event that Jimmy Akingbola arranges, which are amazing.

Is there a lot of camaraderie between the cast?

Definitely everyone is very supportive and wants to do the work well and that’s a really nice thing about the actors; everyone is serious about the job and is here to tell the stories that we are trying to put across.

Do you get any advice off some of the long-serving cast?

Bob Barrett is amazing, he’s everyone’s best mate!  He’s fantastic and is great if you’ve got any worries.  Tina also is lovely and kind, Hugh and Catherine aswell. Loads of people; you can go to anyone really! If you had a problem I’m sure anyone would be more than happy to help direct you to someone or just listen.

Actually because Bob is so lovely, I’d love to work with him more. Eventhough we’re on the same ward, at the moment storylines have taken us in separate directions which is a shame.

Also now Niamh McGrady is back playing a more regular role, I’d like to work more with her. Female friendships in life are very important to me and I’d like to have the chance to play something out like that rather than having to be bitchy to one another, as is so often on so many shows.  There is competition between Gemma and Mary-Claire initially but we’ll see how it plays out!

What’s your favourite thing about working on Holby?

Working consistently I think and learning and trying to improve. Just taking on all the challenges that you’re given in every script; there’s always something new! Working with varied directors which are all so different; you see the results.

What do you think to all the Holby prosthetics?

I really love working with the prosthetics. I think that should be my main job! Sewing things up and cutting things open, working with all the props, I find it all incredibly interesting and I think it’s because secretly I’d love to be a doctor!

Actually it’s fine, it’s like learning a foreign language. You get a word and just practice it; again I find it very interesting. We have medical advisers on Set, they all explain the terminology and how you should be with the patient.

Have you done any real life hospital shadowing?

Me and Rob went to Whips Cross Hospital and we did actually go into a theatre and saw someone having a stomach cancer removed. They were using a quarteriser to cut his skin and the smell of burning flesh; that was a bit full on!

Do you think there are any similarities between you and Gemma?

I guess in a way ambitious although I don’t think I’m as cut throat ambitious as her but wanting to be respected for who you are and for what you think regardless of your background; whether you may or may not have been to drama school or A Levels (which I didn’t have as I left school at 16) and sometimes you can be made to feel by people better educated or have been to drama school that maybe you are doing it wrong. Being respected for my views and opinions means a lot to both me and to Gemma. 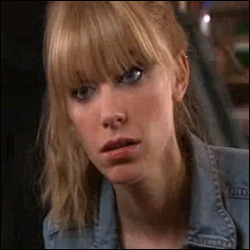 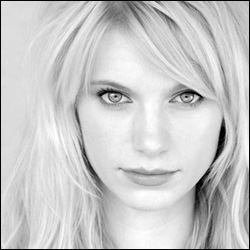 Plays Gemma Wilde DATE OF BIRTH : 12th November TRAINED : Trained in the ‘Meisner Technique’ at The Actors Temple, London under the guidance... 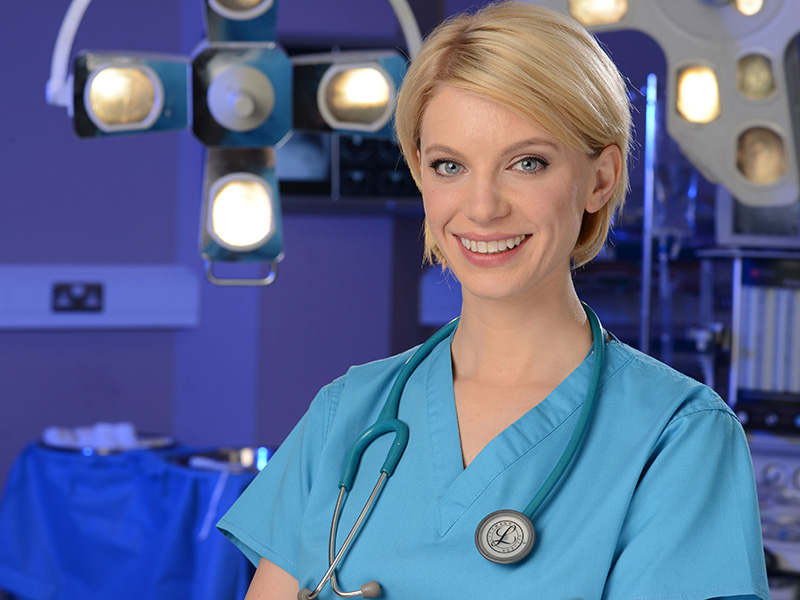