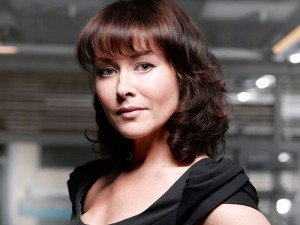 Amanda previously starred as consultant cardiothoracic surgeon Connie for nearly seven years and last appeared in Holby City in December 2010, which saw feisty Connie resigning from her position at the hospital.

Amanda will begin filming at the home of Casualty, BBC Cymru Wales’ Roath Lock Studios, on 18th November, with fans able to catch her on screen for the first time in March 2014.

Connie will join Casualty as a confident ED Consultant who is fair, but doesn’t tolerate weaknesses in others. Her reputation and that of the ED is her prime concern and Connie will stop at nothing to ensure all patients get the best possible care.

Commenting on her role, Amanda Mealing says: “When the idea was first proposed, I was surprised to say the least. Then when I heard some of the ideas for the character, I thought it was a genius idea. Two years on and I have daily calls for Connie Beauchamp’s return so I hope this will be as exciting for fans as it is for me. I’ve worked with the guys at Casualty a number of times over the years and absolutely adore them. I honestly can’t wait to get those heels back on and get to work. “

Oliver Kent, Executive Producer, adds: “Connie Beauchamp is an iconic character and Amanda Mealing is a fantastic actress. I am incredibly excited that Amanda has agreed to bring Connie to Casualty. We have some great stories lined up for her and we can’t wait to have her on board.”

Kate Harwood, Head of BBC In-House Drama Production, England, says: “I am delighted that the glamour of Connie will be returning to Holby City Hospital by way of Casualty – but will she be able to maintain her customary cool persona whilst dealing with the crash bang of trauma medicine?”

Amanda has previously appeared in Casualty during several cross-overs between the two hospital-based dramas, including 2004’s Christmas special.

In this article:Amanda Mealing, Connie Beauchamp