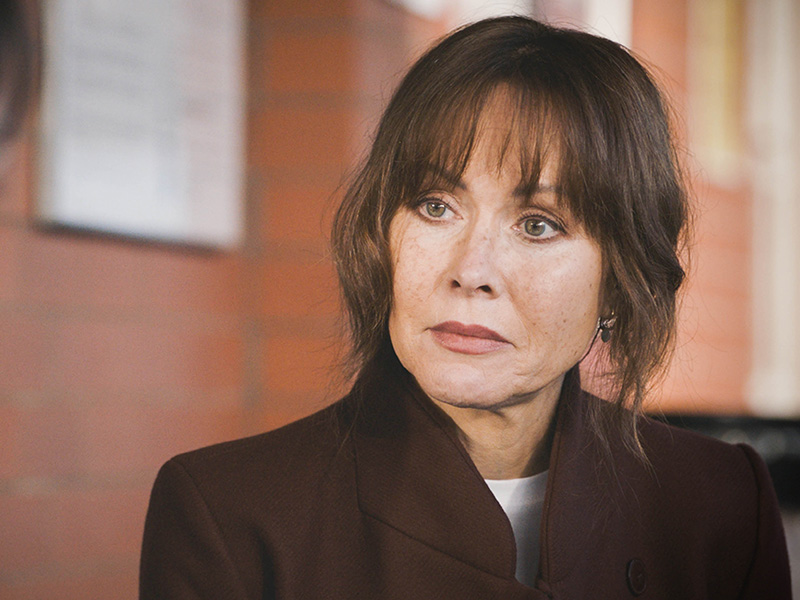 Iconic Connie Beauchamp made an understated exit from CASUALTY this weekend, leaving fans with hopes she may still return in the future.

After nearly 17 years of Amanda Mealing playing her character in both CASUALTY and HOLBY CITY, Connie’s exit was so subtle that viewers weren’t even sure she had left.

The episode involved David’s son, Ollie, choking on a sweet and Grace deciding to do a risky procedure on him to save his life. Connie starts to realise that she needs to prioritise her daughter before she loses her and the pair reconcile at the train station where Connie has a heart to heart with Grace and opens up about her previous drug addiction.

Her last scene, sees Connie and Grace come back into the ED in the morning to visit Ollie in hospital and in the closing moments Connie walks off  smiling with Grace.

Speaking to Digital Spy, Amanda revealed she hadn’t even told her cast mates she was leaving and was pleased Connie’s exit was low key, ‘I thought it was a nice way to go. I didn’t want a big, contrived story or for Connie to leave after a helicopter crash or a big confession. In real life, that doesn’t really happen. People just slip away quietly for different reasons and that is what Connie did.

Amanda has some directing projects she is working on now but admitted she will reassess her future with the show later down the line  ‘We’ve agreed to talk in six months so we’ll see how it goes’.

We’re saying a goodbye for now to our Queen of Casualty! 👑😗@meamandamealing #Casualty pic.twitter.com/JgG6L0ghXx

In this article:Amanda Mealing, featured

CASUALTY have confirmed that Amanda Mealing will be taking a break from the show but have promised she will return. A spokesperson revealed, ‘As...