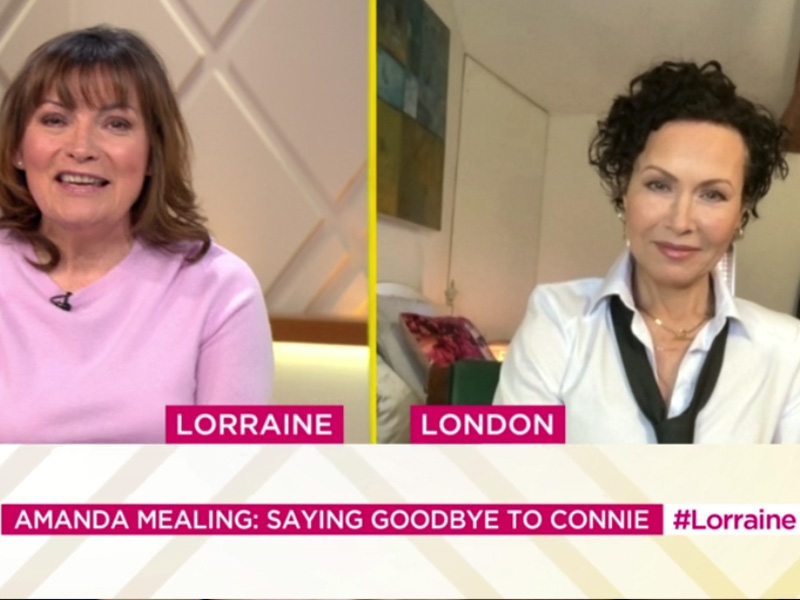 Amanda Mealing appeared on Lorraine this week ahead of her exit from CASUALTY this weekend.

Amanda has played iconic surgeon Connie Beauchamp, first on HOLBY CITY from 2004 – 2010 before moving to CASUALTY in 2014 where she has stayed for over 220 episodes.

She revealed she has played the role of Connie for such a long time ‘because she’s such an incredible gift’ of a character to film.

Talking to the Metro, she also hinted that this may not be the end of Connie, ‘I’m just taking a break! And we’ll talk in a couple of months. I’ve been on the show coming up to 7 years, our schedules are gruelling, 12 hours a day, so when you do that for 7 years with very few breaks it’s tough. Because I direct as well, any holiday I would use to go and direct something else, I haven’t actually had any kind of break for about five years, it just felt like it was a good point to step away for a bit.’

You can catch Amanda Mealing on Friday 2nd April’s edition of Lorraine on ITV Hub.

In this article:Amanda Mealing, featured

CASUALTY have confirmed that Amanda Mealing will be taking a break from the show but have promised she will return. A spokesperson revealed, ‘As...