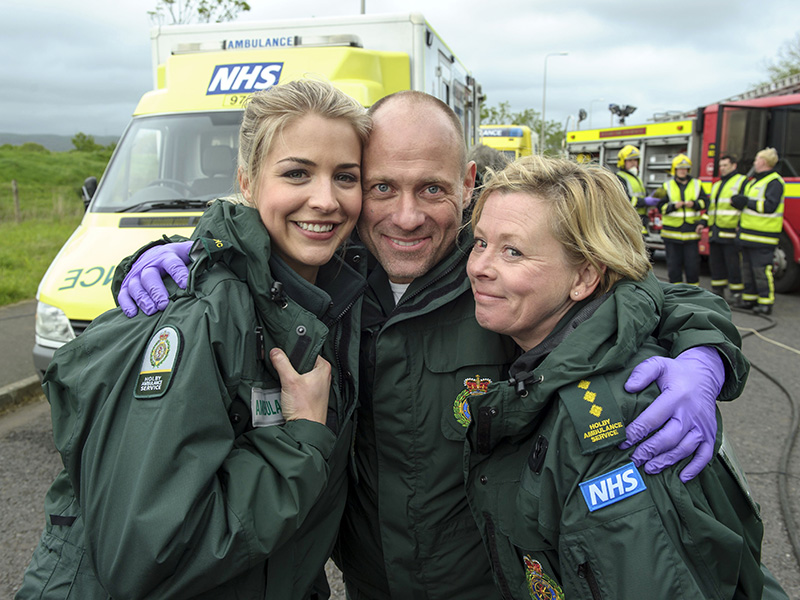 Matt Bardock left CASUALTY in dramatic style this weekend after his character, paramedic Jeff Collier, was killed off in a shock twist to the medical drama.

The highly anticipated episode which saw a minibus crash involving a number of the ED staff – who were all led out to safety by the paramedics before Jeff was caught in an aftermath blast. His death will have a huge impact on the team in upcoming episodes particularly his funeral to be screened next week.

Former CASUALTY actor Daniel Anthony will reprise his role as Jeff’s nephew Jamie in the upcoming episode aswell as Michael Stevenson making a return to the show as paramedic Iain Dean.

The episode received rave reviews on Twitter shortly after being screened; Casualty, RIPJeff, Tamzin and Dixie all trending during the night. It was truly a great send off for Matt Bardock and his character of seven years. He will be missed.

In this article:Goodbye, Matt Bardock