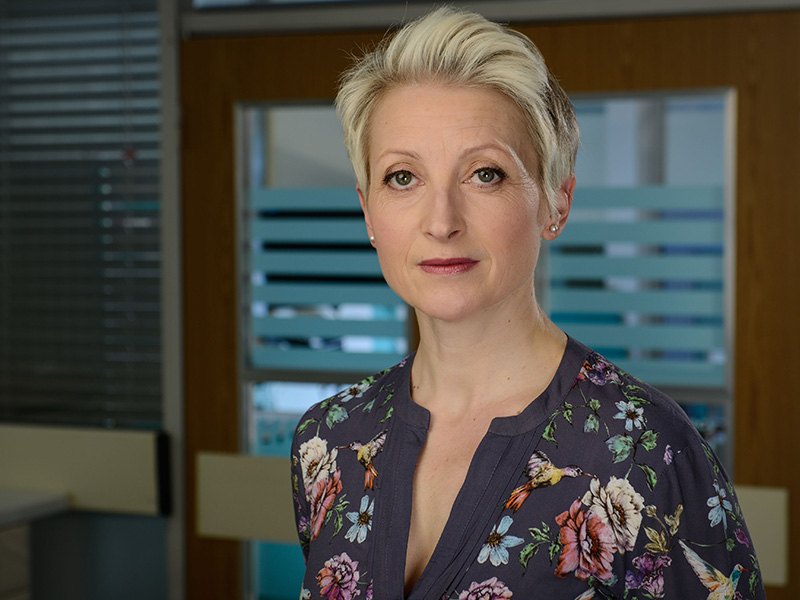 Hermione Gulliford made her exit this week after her character, Roxanna, met a tragic demise.

Roxanna had been left unable to communicate or move after neurosurgeon John Gaskill sabotaged her life-saving operation and caused her to develop locked-in syndrome.

In her last episode John injected a deadly substance into Roxanna’s intravenous drip after she tried to expose him as a fraud by spelling out a message on a board of letters.

Hermione made her first appearance on the show in 2013, before becoming a regular at the end of Series 19. Speaking of the show to What’s on TV she said ‘Holby is such a nice place to work. It’s been a real joy and that’s really down to absolutely everybody involved’

Now this is a message to all u marvellous #HolbyCity fans-I can’t watch tonight as I’m going to the theatre, but I leave u in the immensely capable hands of the brilliant ⁦@mrseanglynn⁩ who directed tonight’s ep, and thanks SO much for your kind words and support XX pic.twitter.com/BhiE8miU33

In this article:Goodbye, Hermione Gulliford