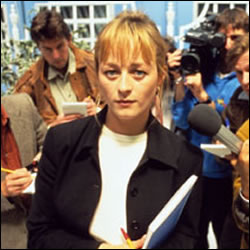 Laura Milburn was Holby City Hospital’s touch of class in Series 10. She was the public relations officer that the Trust has decided to appoint to reflect an up-market and modern image. She was the spokesperson for all matters that the press were likely to be interested in. Her job was also to handle the marketing of the Trust, do any necessary research and be responsible for the newsletters which are so important for making the staff feel it ‘belongs’.

Laura, who comes from a family of well-heeled, old-fashioned Tories, grew up in some style near Holby, attended a private girls’ school and read modern languages at university. When she got the Public Relations Officer job she was in her 30s. By comparison, her previous jobs as a rep for a travel company and as a PR for a London Health Authority were easy. But then she didn’t choose to come back to Holby for the job first and foremost. Her comfortable world was rocked in January 1995 when her father died from a heart attack. She decided to rent out her London flat and move to be nearer to her mother.

She soon realised that her job at Holby City Hospital was more difficult than she’d expected because the medical staff saw her simply as ‘management’ and ‘on the other team’. They didn’t understand her function. She seems flighty and uncaring because she has so little experience of ordinary people’s lives. But Laura was no fool and she was able to be bright and diplomatic. That’s what made staff rep Ash think that he could get through to her at work and off-duty.

In S10 E4, Laura shadows the nursing shift to get a better idea of what goes on. Later, on an adrenalin high, she asks Ash out for a drink after work which ends back at her place. In later episodes they’re not sure where their relationship is going, but in S10 E14, Laura agrees to go to the Christmas ball, which she has arranged, with Ash. When there the next episode, they let everyone know that they are a couple.

In S10 E18, there is a demonstration outside the hospital against the way the trust uses its money. Laura does not know if she should cover up everything and try to polish the image of the hospital or if she should tell the press everything she knows, about the trust investing money from the funds in a company selling arms. She ends up ringing a friend of hers, a reporter on the Holby Post and telling them the full story. When she leaves work Ash talks to her, tells her he loves her and asks her to marry him. She says she has to think about it, but she seems very happy.

In the next episode, The full story about the hospital trust investing in a company making arms is out in the papers and Laura is very nervous that someone will find out it was her leaking the story to the press. Henry Reeve-Jones says he is going to go to the bottom of it, trying to find out who it was, threatening to sue the paper and forcing them to reveal who it was. Laura talks to Ash and says she would love to get married to him. In S10 E21, Ash and Laura are inviting everyone to the pub after the shift and they are planning to tell everyone about them getting married. However, everyone finds out already during the shift.

S10 E24 is the day of Ash and Laura’s wedding. Ash’s father is against the wedding and Ash tries to make him realise that he loves Laura and that they are not rushing into things, but his father is not easily convinced. Ash lets out something about Laura being in trouble and that she might lose her job, forcing them to move somewhere else. Ash, however, does not want to say why Laura might be in trouble and he leaves the house. Soon afterwards Laura comes by and finds Ash’s father there on his own. He says he is going to take the morning train back home, but Laura tries to talk him into staying for the wedding. She explains how much she loves him and he realises she’ll make a good wife for his son. At the end of the episode, Ash and Laura get married, and kiss. 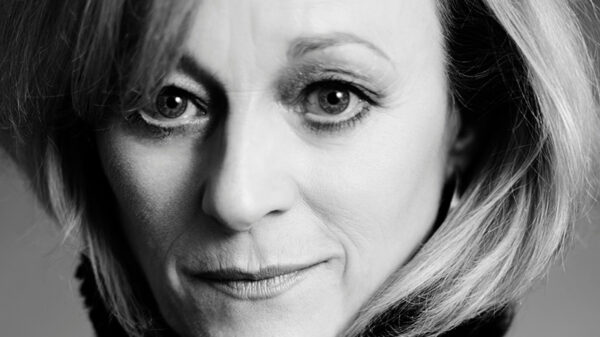 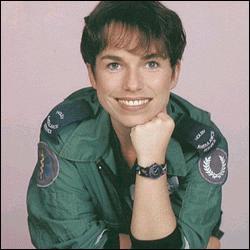