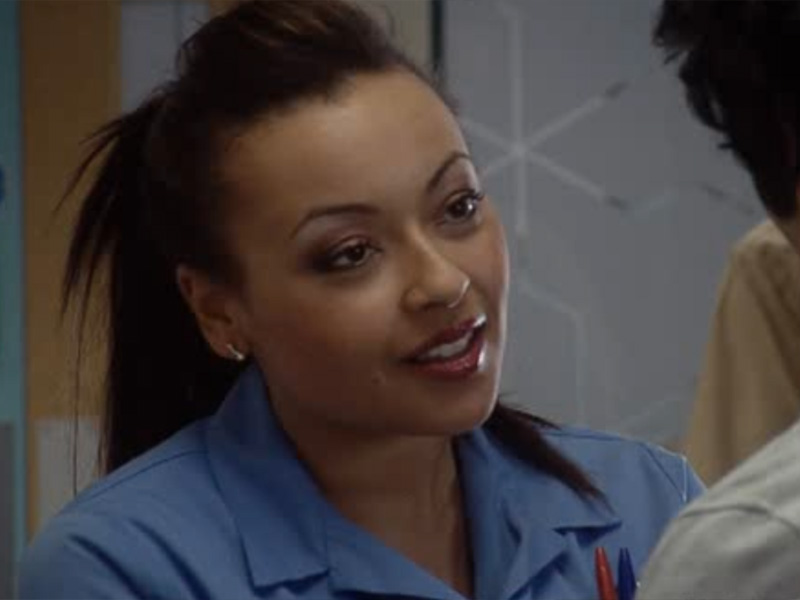 Ric is shocked when he finds Abra in an ambulance outside Holby. An injured Abra jokes about his sudden reappearance, but Ric isn’t in the mood for laughter – he’s still angry with Abra for disappearing without saying goodbye to his friends and colleagues. After sneaking him into Holby for some stitches, Ric tells Abra to leave.

Lola and Kyla are suspicious of Ric’s jumpy behaviour. Ric is forced to sneak Abra back into hospital when he reappears with a dislocated shoulder. But when Ric learns that Abra is broke and messed-up, he warns him not to mess up Kyla’s life again. After a dressing down from Lola, Ric reluctantly agrees to put Abra up – for one week only.

Michael continues his flirty rivalry with Connie over the head of a crash victim. Michael then calls Connie to assist in another operation, knowing full well that her help won’t be needed, and smugly dismisses her when she arrives. Later, Connie teases Michael about the necklace he gave Donna.

Later, Joseph tries to cheer up Daisha – and Paul, carrying a bunch of flowers for Daisha, storms out when he sees them apparently flirting with each other. Paul returns to Holby with all of Daisha’s belongings in bin bags and scatters her clothes through the corridors. A tearful Daisha slaps Paul, and Mark helps her find a new place to stay.

* ‘Bet You Look Good on the Dance Floor’, ‘Cold Heart, Warm Hands’ and ‘I Fought the Law’ play during this episode.

* Donna says ‘Some people say I’ve got the look of Tyra Banks about me. Can’t say I see it myself.’

* ‘You don’t treat friends the way you did’ Ric tells Abra.

* ‘Sometimes it’s like pulling teeth just to get a fight out of him’ Lola says of Ric.