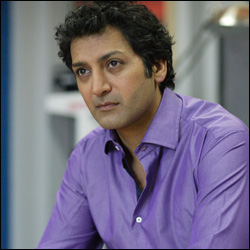 Witnessing Michael’s increasingly chaotic behaviour, Ric realises that his break-up with Annalese has hit him hard.Ric decides that his relationship with Annalese is out of control and does the right thing and ends it. Michael, however, continues to drown his sorrows.

Oliver stands up to Greg over a patient and makes a bad error of judgement. He thinks he’s burnt his bridges with Greg for good; instead his actions earn him respect from his mentor for the first time.

A patient is racially abusive towards Frieda so she takes her revenge by sticking flowers up his bottom. He makes a complaint against her to Sacha and Penny attempts to back her up.

In this article:HC Series 12, Tahsin Guner