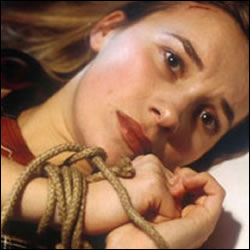 Chloe gives Barney £170 for all the money she owes him, which she has got from the will of the old lady who died. She tells him she has also bought a house boat. Janine Brown, the carer of the elderly lady, comes in to make a complaint against Chloe to Dan Robinson – saying Chloe pushed her into changing her will before she died.

Anna teases Jack that an artist is paying money for crisp packets to help him with a sculpture. Jack buys many crisps throughout the shift – until Anna tells him it was a wind up.

Max hints at Charlie, who is staying with him, that three is a crowd now that he wants Amanda to move in with him.

Josh gives Penny a watch as a leaving present and asks her advice on what she should do about Colette. Josh asks Colette out for dinner, which she accepts. But she is forced to cancel, when her estranged daughter, Natalie, who acts frostily towards her turns up in the department wanting to see her.

A middle aged man, Graham, is brought in by his councillor, Ed Jameson, after he finds him suffering multiple stab wounds. Graham dies in CRASH. Holly and Patrick discover Ed used to go to medical school with them – Holly used to date him before Patrick, and Patrick got him chucked out after finding out he took drugs. Ed decides to ask Holly out for a drink, she refuses and he angrily storms off. Patrick admits he used to be envious of Ed. Holly and Patrick make up and decide to go for a drink after shift.

Teenager Kaz is brought in by the paramedics after being found collapsed in the park, after clubbing all night. She has been drinking and is terminally ill with leukemia. She asks Barney if he would kiss her, as she has never been kissed before, but he refuses saying he could get sacked. Outside, Barney discusses his dilemma with Jack. Jack, in turn pays her a visit, admitting her had a younger sister who died of leukemia five years ago – and gives her wish of a kiss.

School girl, Elizabeth, fed up of being teased by two girls, Emma and Sonia, warns them if they don’t stop something bad will happen to them. Emma decides to go and see Elizabeth, who’s hiding place is in a cave. They argue, and Emma falls. Elizabeth rushes to find help.

Holly goes outside after being told her car alarm has gone off. She finds her windows smashed, and as she investigates – sees her stalker Tom Harvey behind her. Trying to escape, she falls and hits her head. She lies unconscious, as Tom strokes her hair.

* Kaz – teenager who is terminally ill with leukemia

(Holly drives into work, music playing, sees a parking space and is ready to back drive into it – until she sees Patrick gunning for the same space)

Holly : Don’t you dare Patrick (he takes the space)

Holly : Thanks a bunch Patrick!

Tom : You’re not listening to me, you’ve got to listen to me Holly, if I can just talk to you everything will be alright.

Holly : Let go of me! (she turns, but falls and hits her head, unconscious)

* Toploader ‘Dancing in the Moonlight’ plays in Holly’s car.

* Josh buys Penny a ‘Xpose’ watch as a leaving present.

* Max has a photo of Jack Nicholson on a wall in his house.