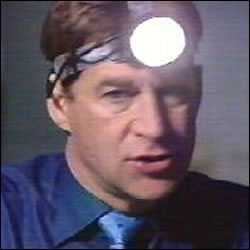 The police let Jack go when he is not recognised in an identity parade. Elated, he visits Tony in hospital and tells him that Eddie has agreed to donate his kidney – but Tony is not interested in help from their father.

Later, when the hospital is plunged into darkness by a power failure in the area, panic ensues and Colette is forced to exert her authority in the mayhem that follows. Bex evacuates the “walking wounded ” in a typically tactless manner, while Harry expertly performs surgical manoeuvres on the remaining patients in the dark! When the lights come back on, Duffy is shocked to spot an unexpected visitor in reception – Ryan.

Meanwhile, Merlin arranges to meet his birth mother in a restaurant – unaware that the woman is Lyn, his girlfriend’s mother

In this article:Cas Series 17, Jason Sutton