Special episode of CASUALTY, screened as part of the BBC’s No Home season.

A homeless woman called Jackie is admitted to the ED. However, she walks out, despite being told that she has gangrene in her foot and will lose it if she leaves. Jackie returns to the streets and goes to an internet cafe, which is owned by Frank Milsom. Frank’s daughter, Shauna, who has been living on the street, comes to visit him – saying she is clean from drugs and wanting to come home. She leaves angrily when he’s not convinced she has changed. Shaunna returns to her friend and they smoke crack.

They then drive a stolen car and crash into the internet cafe at high speed. Jackie and a young man, Justin, are trapped in the rubble and Maggie, Charlie and Josh are faced with an agonising decision – whether to amputate Jackie’s leg at the scene or risk both patients dying.

Kelsey attempts to try and get Frank to make amends with his daughter. Meanwhile another worker from the cafe, Kathleen, is brought in with a chest infection.

Maggie agrees to go out on a date with Charlie and Josh looks after Louis. Louis, a handful, falls over and cuts his face. Josh tries to help him but spiteful Louis lies to Charlie, saying that Josh hit him.

Elsewhere, Nathan goes on the radio to gain public attention for the plight of the ED. He is surprised when the rest of the staff are not impressed with his interview and he feels isolated. He decides to put his needs first, and makes a decision to accept a job move to the Super ED.

Kelsy continues to worry about her rent arrears.

* After being picked up by the paramedics Jackie says ‘I was tring to get some shut eye!’. Josh explains ‘Someone called 999 because they thought you were dead!’. She replies ‘I can’t help it if I’ve got one of them faces!’

* Staff stick a mock poster of Nathan as a princess in the corridor wall with the words ‘HRH Holby – The People’s Princess’. 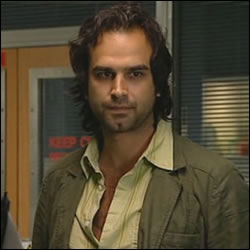 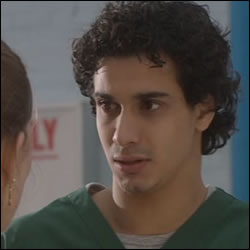 S21 E42 (16 Jun 07) : Entropy by Sasha Hails Episode Summary It’s the morning after the night before. Nathan crashes his car outside the... 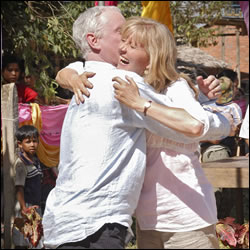