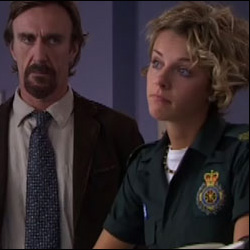 The staff try to carry on as normal after the car accident.

Meanwhile, Lenny’s “brother” turns up at Holby City ready to execute a long-standing plan which could have huge implications for Lenny.

Lenny is delighted when long-lost friend Davey turns up at the hospital but he’s less than pleased when he hears why he is back. Davey wants to carry out a plan that the two boys hatched when they were younger – to torch the children’s home they both grew up in. To Lenny’s horror, Davey goes through with his plan, unaware that there is someone else inside the building.

Polly’s career is on the line when the hearing takes place into her conduct around Alistair’s death. The young paramedic is troubled when Alistair’s friend, Abe, turns up to tell her that he wants her to know what it’s like to lose something she cares about. She is even more concerned when Jeff’s attempt to defend her turns out to be less than helpful.

Charlie’s son, Louis, is back in his father’s life, primarily because he needs cash. Charlie is hopeful for some father-and-son bonding but Louis shows his usual disrespect and Charlie is distracted by some health problems of his own.

Meanwhile, following the tumultuous events at the wedding reception, Adam has something important to tell someone. But will he find the right time and the courage?

In this article:Cas Series 24, Rob Williams 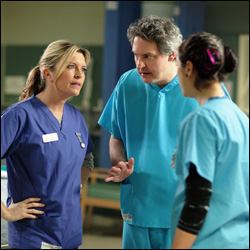 S13  E32 (24 May 11) : A Greater Good by Rob Williams Episode Summary Michael is under enormous pressure to show that Plastics is... 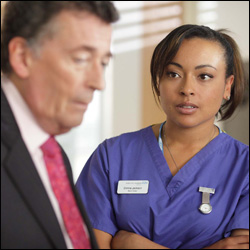