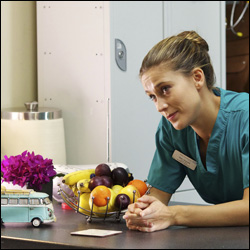 An intruder brings a teenager’s birthday to an abrupt end, sending a patient from Tess’s past back to the ED – and a woman collapses in shock after finding out she’s the heir to her estranged aunt’s fortune.

As Caitlin enjoys her 16th birthday the celebrations are brought to a sudden end when her mother Becky stumbles upon an intruder. Attacking him in self-defence, Becky is badly burnt and the mysterious intruder lies unconscious on the floor.

Arriving in the ED, the father John recognises Tess and, as he struggles with a secret that threatens to tear his family apart, he confides in her. Seeing Tess struggle under the weight of what she knows, Fletch goes the extra mile to bring the family together again.

Sam and Lloyd treat the intruder, but soon discover that their unknown male patient has a past that he doesn’t want revealed to anyone.

Elsewhere in Holby, heir hunter Wally tracks down Maggie, who is the reluctant recipient of her aunt’s large will. Shocked by the news, she collapses and is rushed to the ED where her family’s history comes back to haunt her.

In this article:Cas Series 27, Katie Douglas 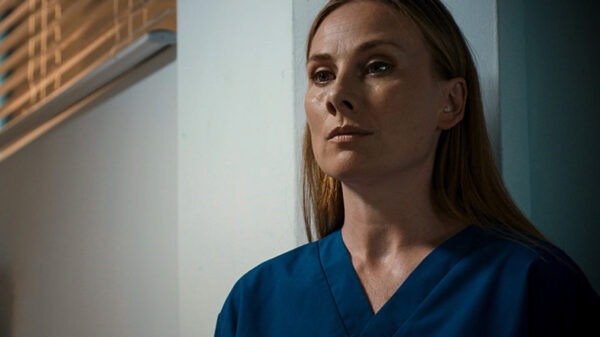 Jeni starts making plans to send Evie away – will Fletch and Donna find out the dark truth about what she did to their... 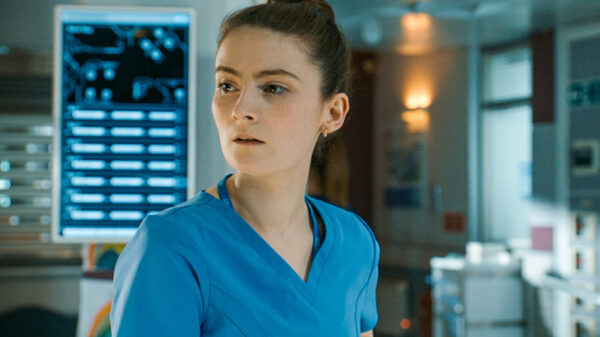 Lucky tries to overcome her personal crisis by throwing herself into work. But in her eagerness to go above and beyond she oversteps the...