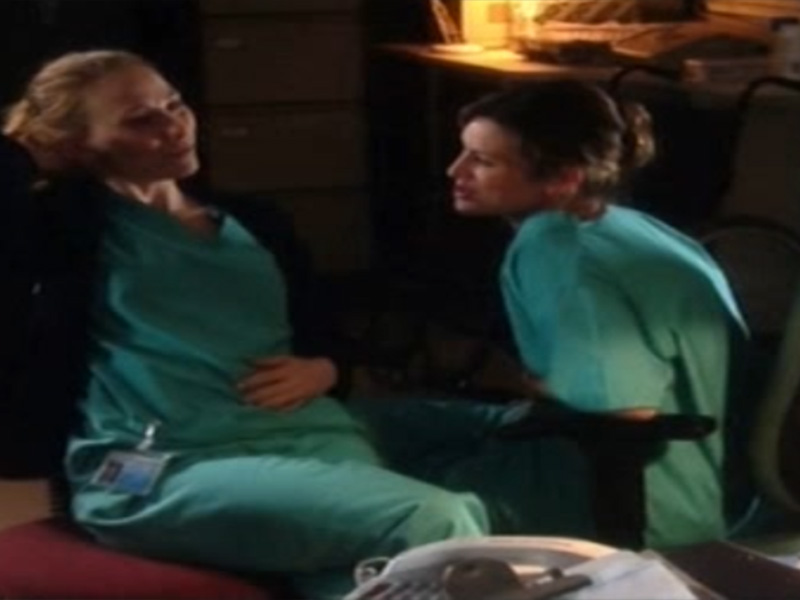 Sam struggles as the gossip continues about him and Jade. When she turns up at the hospital, he questions their living arrangements which leads her to storm off. Back to her old ways, being a prostitute, she is attacked working on someone else’s patch. Mark is first to tend to her on the ward, oblivious to who she is. When Connie calls to check on her, she informs Sam and urges him to call Social Services, but he is trying to arrange for her to stay with his parents instead. Mark eventually discovers her true identity and realises Sam’s intentions weren’t sexual whilst Connie discovers he hasn’t rung Social Services. When they are eventually called, it’s too late – she has already left, leaving Sam an apology note.

Kyla keeps her son Max in an office as she has no babysitter. Lola walks in whilst Max is eating her pack of crisps. He hides under the table and Lola is startled to discover him. She punishes him by sorting out files with her in the office.

Dan persuades Diane to do an on-call night shift as a Consultant which displeases Jac, who attempts to set her up for a fall. They tend to patient, Philip Reid, a convicted murderer who has a bowel obstruction. Jac discovers he has been overdosing on his arthritis medication but fails to notify Diane, who later finds out in theatre. Jac’s plan backfires though when Dan praises Diane. Later, Philip attempts to kill himself with electrical pads. Jac tries to stop him but they both go flying. Jac does get some pleasure when she realises Diane, who suspects she has got Valentines chocolates from an admirer are infact from Connie.

A number of people are injured when a rig collapses at a school theatre. Jerry Colver is amongst the injured and is in need of a coronary artery bypass. Other injured patients include Sue with a large knee splinter and her friend Jez with a broken foot, who is later found to have suffered a skull fracture.

* Persuading Diane to do his on-call night shift, Dan says ‘Come on Dynamite – had you down as one of those girls who could go all night!’

* Dan puts on the song ‘Sisters Are Doing it for Themselves’ in theatre with Jac and Diane. ‘How appropriate’ he adds.