JenS : I travelled around 300 miles to come to STNY, how far would you have gone when you were young and foolish to see your idol?

Sandra : Ah! Bless you! I once travelled to London when I was 15, looking for Roger Black, a 400metre runner that I had a huge crush on. I lived in Wales at the time so it was a bit of a trek! Thanks again for making such an effort.

Caroline : Why did you decide to work with Ian in Same Time Next Year? Did it have any thing to do with Holly and Patrick’s storyline not been given a proper ending?

Sandra : I was so excited to be working with Ian again, he’s a good mate and the idea of doing a play with him was great. I decided to take the part because of Ian and the fact that it was an amazing part and a great script. It was just really nice that our work in CASUALTY was recognised elsewhere and that another job came from our on screen relationship.

skippy2003 : I thought you were really good in A Slice Of Saturday Night did you enjoy it? and would you like to do musicals again in the future?

Sandra : Thank you very much. I had a great time on that tour. It was one of the most terrifying times of my life to date but a real eye-opener to tour life! Very boozy (not so good for the voice!) and alot of long lie-ins! I would definitely consider musicals again though, it was great for my confidence and I’ve always enjoyed singing so yes, lets hope so.

Caroline : What was it like the first time you were stopped in the street by some random stranger because they recognised you from off the television?

Sandra : It was a bit mad to say the least. I was with Tina Landini, who played my girlfriend in Family Affairs, and the lady that approached us just assumed that we really were going out! She couldn’t seem to grasp that we were just friends out on a shopping spree! Most people are lovely but I did get the occasional slagging whilst I was in FA.

Olivia : Did you and Ian Kelsey plan to be in Same Time Next Year together or was it just luck that you were both picked for it?

Sandra : They wanted both of us to play the roles because of our on screen relationship!!!! So I guess we were lucky that we were both free at the same time!

Emmie : We were all gutted that you left CASUALTY without being given a proper exit. If you had been given an exit storyline, what would your ideal one be?

Sandra : Emmmmmmmm well thats a good one! Ok here go’s… Spiller and I have two weeks off, and go to Borneo on a jungle safari. (Thinking of my tan)….it all get’s a bit hot and sweaty…if you know what I mean! After being chased by mad gorilla’s I jump in the river to cool off and get eaten by crocs…..what dya reckon!

Sophs : What a great response Sandra, although I think it would be much better for you and Spiller to ride off into the sunset together! We all look forward to seeing your next project in the Autumn.

Chrissy : As a big fan of yours I’m looking forward to seeing you in your next television production “Too good to be true”, do you have any idea when it’ll be shown on TV?

Sandra : No dates yet but possibly in the Autumn

on_the_six : Sandra, from all the times I’ve spoken to Ian, he’s always either been drunk, or getting drunk. Did he used to bring beer on set?!

Sandra : Firstly your very lucky to have spoken to Ian so many times! I’ve always found him very hard to get hold of! Ian is partial to the odd beer,…being a Yorkshire man and all that. However on set he was always a consummate proffesional.

LisaHarris : Would you like to work with Ian Kelsey again, following the popularity (at least on here!) of Same Time, Next Year?

Sandra : Well I always wanted to be Julie Walters at school does that count or is that a rubbish answer

Pete : No, that’s pretty cool! Except for the fact no one knows who Julie Walters is!

Sandra : Thanks for all your questions sorry I’m such a slow typist and couldnt answer more in the time I had.

Pete : That is no probs. Thanks so much for doing this!

Sandra : Thank you for all your questions I’m sorry I’m such a slow typist and didnt answer more. Much love Sandraxxx

Pete : From everyone at The Casualty Files we wish you a safe journey home and all the best in your future plans. … And I’ve been told to say “Holly and Patrick forever”?! 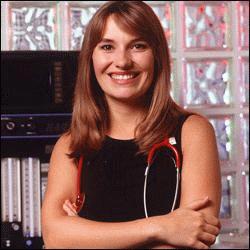 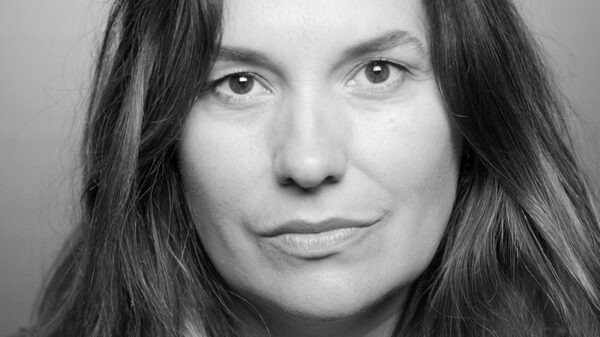