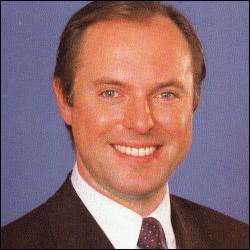 Good evening ladies, everything under control?

We are first introduced to hard boss Simon Eastman in S7 E6, at the karaoke evening. He receives a mixture of welcomes from staff. Maxine thinks he’s ‘quite tasty’ after he gives £10 towards the charity, but Kate is demoralised when he warns her to keep within her budget, after employing agency nurses. Next episode in S7 E7, he again tells Kate off for keeping the nurses and tells her she faces a review. He becomes more unpopular in S7 E8, when he asks Kate to leave. He shafts her to another department working in Community. He then takes over her position and immediately gets rid of the agency nurses. Staff are angry and are sad to see Kate leave. In S7 E11, Sandra faces a disciplinary hearing and Simon pushes Charlie to go by the book. In S7 E13, Julian is annoyed to hear Simon now wants to cut SHO jobs, when they are already understaffed. In S7 E14, Julian learns that they failed in their bid for a trauma bid, he is increasingly annoyed, especially at Simon. Reporters are in the department, and an enraged Julian resigns infront of them. Julian has a showdown with Simon who tells him to leave immediately, without working his notice. In S7 E17, an angered Charlie discusses management with Simon. In S7 E24, it’s Rob’s leaving day – and Simon surprises him by buying him a leaving gift. Later, the hospital is on fire due to arsonists – Simon manages to escape down the back stairs with another patient. This is his last episode – rebuilding the hospital after the fire may have been too much of a task, even for him. 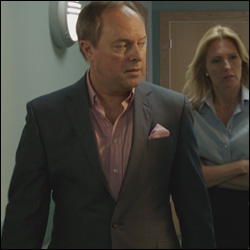