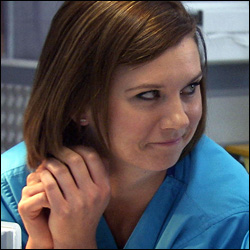 Lilah is a hugely talented student who is in the UK on a scholarship, having clawed her way up from an underprivileged background. She is determined to be a success in her new position, well aware that she’ll lose her sponsorship and   have to go back to Australia if things don’t turn out well. Having had an affair with a married Consultant back home, this is her last chance and failure isn’t an option.

Lilah’s debut in S15 E3 causes ripples in the AAU playground as Michael and Serena do battle for her respect. In S15 E6, Ric is determined to keep control of his ward with the arrival of new CEO Imelda. But when Lilah tries to run before she can walk, he finds himself in the firing line. In S15 E7, Lilah is nervous about her upcoming assessment as she treats Jed, a handsome footballer. Malick agrees to let her practise her test procedure on Jed, but when she manages to offend Jed, she’s forced to do her test on a prosthetic limb instead. Lilah can’t focus and Malick’s forced to fail her. Later, when Lilah comes up with a smart diagnosis for Jed, Ric’s impressed and offers her a second chance to do her test. This time, Lilah completes the procedure with ease and is so grateful to Ric that she kisses him – and he responds. In S15 E8, Ric fails Lilah on an assessment and she can’t help but wonder if the previous events had anything to do with it. When a prying Imelda gets wind of an issue between Lilah and Ric, she quizzes Lilah for more information. Lilah’s on guard, but Imelda manages to squeeze information from her. In S15 E9, the atmosphere is strained between Ric and Lilah. When Imelda gets involved, she only serves to antagonise an already fragile situation, resulting in Lilah making a formal complaint against Ric. Ric is suspended pending a formal enquiry. In S15 E12, Lilah is back at work and shocked to find Ric has not resigned (after his threat to leave for Vegas). Lilah tries to make peace with Ric and he decides to pass her assessment, leaving her able to move on to the next stage of her career. Before she leaves, Lilah helps organise Chantelle‘s Hawaiian themed New Year Party. 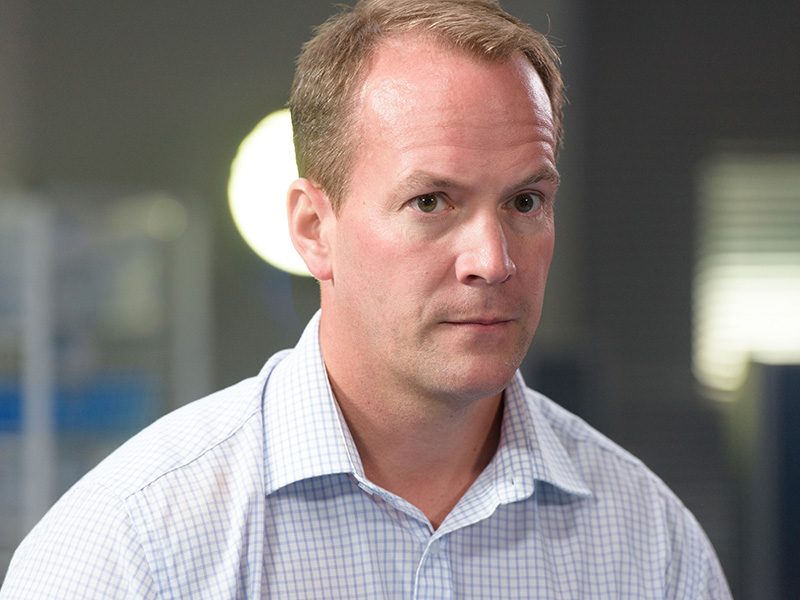 Played by Ben Hull Appearance S14 E38 ‘Stepping Up to the Plate’ – S19 E36 ‘For the Love of Maureen’ Job Title Consultant Obstetrician...