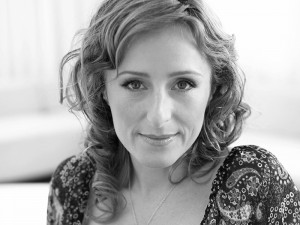 FAMILY : Nicola is an only child. Her Dad is a policeman and her mother is a computer worker. On her Dad, ‘He has such a chilled attitude to life. He’s kind and he’s funny.’

HOBBIES : Going to the gym, yoga – ‘They are a great way of calming down after a stressful day.’

FAVE JULIE STORYLINE : ‘Probably when Rosie got sick at Christmas. It was the biggest challenge, which is always when you have the most fun.’

ON LEAVING HOLBY CITY : ‘It was very emotional doing my final scene with Angela Griffin, but I didn’t become an actress to stay in the same job for long periods of time. And I don’t worry about where the next job is coming from. At the moment I haven’t got any commitments like kids, so I just want to have some fun and see what comes along next.’

ON BEING A NURSE IN REAL LIFE : ‘I’d be good at the sympathetic side, but technically I wouldn’t trust myself at all. I’m too dizzy.’

DESCRIBE HERSELF IN THREE WORDS : Cheerful, optimistic and ginger.

WHAT SHE WOULD CHANGE ABOUT HERSELF : ‘I’d like to have more self confidence. A lot of actors feel the same, because we’re continually putting ourselves up for rejection and criticism, and having to prove ourselves.’

ON HER FIGURE : ‘In my early 20’s I wanted to be slimmer, but now I like the way I look. I think if you want to have a good figure, you need to be realistic.’

BEST ADVICE GIVEN : ‘My Dad said that is someone makes you feel inferior, you should imagine that person sitting on the toilet with a bowl of porridge on their head. And it works.’

REAL LIFE CASUALTY INCIDENTS : ‘I tore the ligaments in my ankle once, broke a finger while I was playing netball, then another during a hockey game. I was a bit of a tomboy and have always been slightly clumsy. But I’m not squeamish – if anyone had any sort of wound, then I simply have to inspect it!’

FILM CREDITS : The Last Yellow; The Rainbow; Floating; Go Back Out; State of the Party; Christmas Lights; The Walk; All in the Game

THEATRE CREDITS : A Patriot For Me; His Girl Friday; Edmund; War Horse; One For the Road

APPEARANCE : S3 E4 ‘Absolution’ CHARACTER : Beverley Jason STORYLINE : Beverly comes in with her overprotective husband. She has a grazed ankle, but... 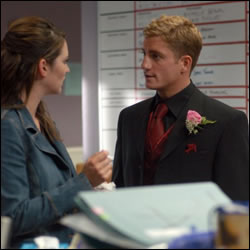 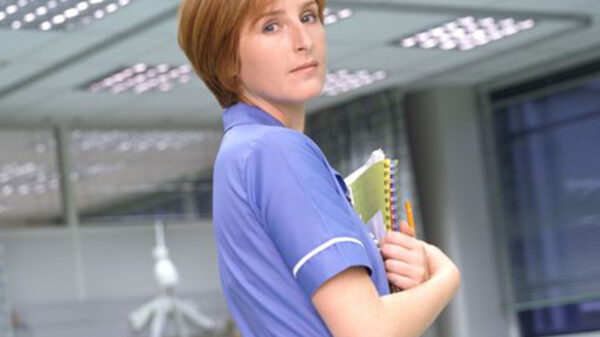