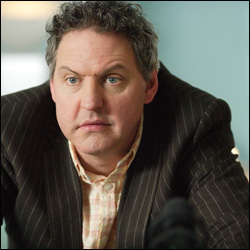 Ric shows Kate, a Trust member tasked with allocating funds left in a will, around Holby. Ric suggests that the funds be invested in the NHS rather than Holbycare. When Michael realises that Ric is getting the better of him both professionally and personally, he comes out fighting by announcing to the ward that he and Annalese are over, and that he’s having dinner with Kate later.

Elliot is uncomfortable with all of the attention that his OBE has received and is focusing on avoiding journalists as opposed to treating his patients. Oliver puts him in his place when a patient seriously deteriorates and he needs Elliot to oversee the case. Elliot later apologises to Oliver for being a bad mentor.

Mud sticks and when Mark questions Donna about Sacha’s behaviour with the female staff, the rumor mill kicks in. When a patient overhears Donna gossiping they decide they don’t want to be treated by Sacha. Jac spins this to her advantage, but in the end it is Jac who stands up for Sacha and quashes the rumors once and for all.

In this article:Graham Mitchell, HC Series 12