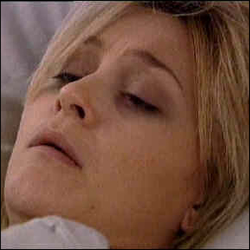 Lara wakes up in Luke’s bed with a raging hangover. She wonders what happened between them.

Simon is already in the A&E department and ‘works a miracle’ by sorting a dislocated thumb by popping it back in. Josh then speaks to him in the staff room and makes it clear that Colette has gone and that’s over. But he still wants to be able to work with him on a professional level.

Nikki is in her flat and has woken up to go to work. As she goes into her room with Jack in he asks where her dress is. She says safe from him and goes off to work. When she is gone Vinnay turns up and demands his money off of Jack, threatening him with the harm of his girlfriend Nikki.

Back in the ED, Dillon confronts Lara about last night. She denies anything happening and gets to work on her patient; Frankie Johnson. After taking bloods off of him, Lara questions Luke on what happened the night before. She was so drunk she couldn’t remember. Luke avoids the question and doesn’t give an answer.

Simon applies for a change in rotation with Harry. But he refuses and says he has to continue working in the department no matter what has happened between him and Josh.

Jack is panicking about Vinnays threat and phones Nikki. She assures him she’s alright and then she goes to a shout with Josh. On the way to the shout though a RTA happens in front of them. They stop to help and call for a fire engine and a rapid response team.

Simon finds Lara in the cubicles and says he is going out on a call to a boy trapped in a car. Then Simon rushes out through the reception. Jack asks Roxy what’s happened and she tells him that Nikki’s ambulance was in a RTA and that there was a fatality. He jumps to conclusions and charged out to see if she is ok.

Josh tells Nikki to tell control that they need another ambulance to attend the call they received. Also he is worried about the boy, David, trapped in the car as he needs more pain relief. Simon turns up and prescribes morphine. They then get to work cutting the boy out.

In the ED chaos has broken out. The place is under staffed and Lara calls for Harry to return from his meeting.

Josh and Simon have a heated row and then Simon prescribes some more drugs as David is in a lot of pain. Nikki is greeted by a panic stricken Jack who is relieved to see her good and well. She tells him he is dopey and sends him back to work.

Tony is in the hospital for an out patients check up when he catches sight of Jack. They get talking and Jack tells his brother what Vinnay had threatened. Tony says he must tell the police but Jack refuses and storms off.

At the RTA scene, David has been cut out of the car and is being taken back to Holby emergency department for further treatment. During the journey there he has to incubated. Then one of his pupils blow and he has a intracranial bleed. Nikki calls ahead for Harry and the team to be on stand-by.

Lara discharges patient Frankie Johnson and gives him a prescription. But as he walks through the reception, he falls down unconscious. Lara takes him back to the cubicles and grills his best friend on what he has taken. He reveals that he has drugged Frankie, only so he would win a bet against him.

In resus, David has arrived and his child minder calls his parents. She tells them everything that is happening, until eventually David dies.

Vinnay appears in the department and Jack sees him. He rushes over there to confront him. Jack tells him that he will give him his money back on Monday morning when the bank opens. Vinnay looks unimpressed but leaves.

Josh goes up to Harry’s office and tells Harry about what Simon did at the RTA. He tells Harry that he gave and anesthetic that he is not qualified to prescribe. Harry looks annoyed but later deals with Simon later on.

David’s babysitter is comforted by Josh. He ‘accidentally’ tells her that Simon could have acted differently, and the boy might have lived. She then tells David’s parents of what Josh has told her. The boys dad approaches Josh to ask if what the child minder said Is true. He says that is neither true of false.

Lara enters Frankie’s cubicle to see how he is doing and find his best mate crying on his shoulder. Frankie asks Lara not to tell the police that he poisoned him. If she does Frankie will say he took the drugs himself. Lara says she wont tell the police and returns to the other patients.

A the end of the shift, Lara gets into Lukes ambulance and confronts him once again. He then tells her that she passed out and he put her to bed and he slept on the sofa.

Mr. and Mrs. Lang (David’s Parents) have taken further action according to what Josh has told them. They are talking to Harry in his office. He reassures them that the paramedics and doctors did their best for David. But they are unconvinced and say that they will take further action.

Josh goes to get Nikki a coffee as Vinnay bumps into her. They get talking and she lets slip that she is getting married on Sunday and that she is going on her honeymoon straight after. She gets back to Josh for her coffee as Simon rampages down the corridor. He threatens Josh that if he himself goes down so will Josh.

Frankie Johnson, 32, vomiting, was bought in by the paramedics. He was poisoned with beater-blockers.

David Lang, 8, road traffic accident. His legs were crushed and he was trapped in the car. Needed to be incubated in the ambulance, later arrested. Shortly after being bought into hospital he died.

[Lara wakes up in Lukes bed in his flat. He has left Lara a note saying ‘an unforgettable night’. Lara then finds a stuffed penguin beneath the covers. She then gets up and goes to work]

Josh: Who was that?

Josh: Is he bothering you?

Nikki: nah![Simon rampages down the corridor and pins Josh up against the wall]

Simon: What have you been saying to that family!?

Josh: I said nothing. They worked it out for themselves.

Simon: I did everything I could for that kid.

Josh: Yeah, but he still died!

Simon: And you missed his head injury, too.

Josh: Well I’m not a doctor!

Simon: Is this you idea of being professional?

Josh: You were out of your depth and you panicked. You may be good in here, but step foot out of these doors and you’re a liability!

Simon: You try and take me down, you are coming with me. Got it?

[Simon walks off in a irritated and Josh looks smug.]

In this article:Cas Series 17, Joe Turner 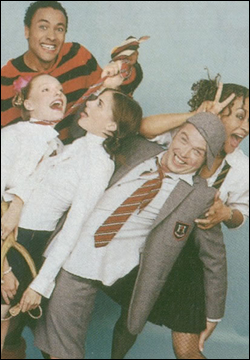 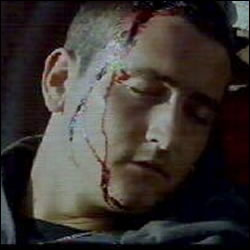 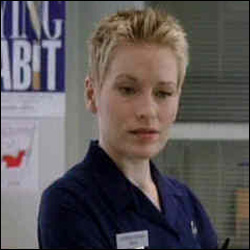 S1 E4 (2 Feb 99) : Love and Death by Joe Turner Episode Summary Nick and Ellie are kissing in the linen closet and...