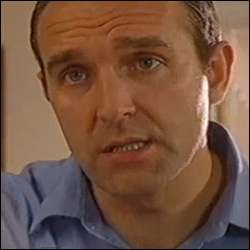 Steve tells Jess off for not working on AAU. The atmosphere’s tense, and Jan meets him on the stairs. She tells him that a man from St. James’ is coming to look around the hospital and the department needs to be orderly.

Simon’s received the divorce papers and angrily goes to see Kath at work. She tells him that it’s time to move on, but he says she’s the only one for him. When she insists, he grabs her and a worried Chrissie enters so he pulls apart. He says that no other man will have her, but he’s convinced she’s seeing someone else. Chrissie comforts Kath and says she’s doing the right thing.

Owen’s nervous about Katie’s tenth birthday party, and asks Chrissie for suggestions. He also asks her to pick up the cake, which she promises to do. Jess teases Owen that food fights, pink and S Club Juniors are the way to keep Katie happy on her party.

A whole rugby team has arrived in AAU, and Steve’s feeling the strain, especially when Jan comes down when they are all at their loudest. He’s taking it out on Jess, and giving constant jabs at her kickboxing. Jess suggests that she meets him in the gym later, if he’s up for the challenge.

Kath decides to go and see Simon, and tells Chrissie this but she’s adament that Kath doesn’t go alone. She says Owen won’t mind if she’s a little late. Despite saying that she was the only woman for him, Simon’s moved in with another woman. Kath stands her ground and gets Simon to sign the divorce papers. When she’s leaving, she presents a cutting summary of their relationship to Simon’s new girlfriend. Kath happily walks down the street, she’s free at last!

Steve meets Jess in the gym where she’s practising her punches. She emphasises that it takes a long time to learn things but she’s not an airhead. She beats him easily, and for now has proved her point. Is she really ready to be a serious nurse though?!

Chrissie turns up to Katie’s birthday party, but all is not well. Katie HATES pink, and much favoured the tv and the dvd player that Laura gave her. She was expecting and hoping for a laptop. Chrissie missed the closing of the bakery so had to buy a boy’s cake from the nearest supermarket, something else which upsets Katie. Chrissie and Owen resolve their differences and start to passionately make out, until an exhausted Katie comes in and is sick everywhere! 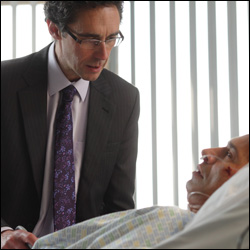