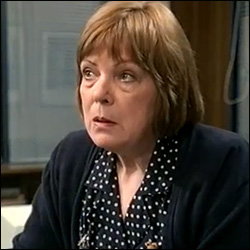 Norma is back at work but is not happy. She tries to explain to Charlie her problems, but Charlie thinks she has been abusing alcohol. She has a run in with Mark Calder and insults him, he suspends her. Ken and Charlie are developing a close relationship, but Ken’s ex-boyfriend, Colin, comes in to the department to see him. Duffy tells Charlie that Ken is gay, but Charlie says he already knows and it’s not a concern of his.

An unconscious driver is brought in from an RTA, after smashing into a wall. It is believed to be Peter Miller, but when his wife, Debbie, comes to visit him, she discovers it is not him. Back at home, she finds her husband with a knife wound to his chest. The police arrive at the house, and they catch Peter frantically trying to flush drugs down the toilet. The find out the driver, Ryall, had gone after Peter, who owed him money for drugs, and they ended up in a fight.

A young woman, Kate, who runs a crèche at a local factory is having an affair with the boss, Chris. Desperate for him to tell his wife, Ann, she makes him promise to do so, to give him time, proposes to take his daughter, Sarah, and Danny, one of the other worker’s child, out for a walk. Disaster strikes when Danny catches his arm in the door of the lift. While attempting to get help, Kate, falls 30ft down the lift shaft.

An old man, Hugh Phipps, is brought in after falling and hitting his head. He is also malnourished but does not want to stay in hospital. He becomes distressed when seeing oriental receptionist Mie and reveals to Ken how he was a prisoner of war. His friends from the British Legion come to visit him.

* Danny – injured arm from trapping it in lift

Josh and Jane bring in an RTA victim;

Jane : Mr Miller – the driver from the RTA, no KO’d, mainly lacerations from the windscreen, no fractures found and pulse 120.

Chris : Excuse me, Kate Maguire – I really need to speak to her again, if that’s alright

Charlie : I’m sorry, I’m afraid there’s a problem with that

Chris : Is there something wrong?

Charlie : No she’s fine, she doesn’t want to see you I’m afraid

In this article:Cas Series 8, Scott Cherry 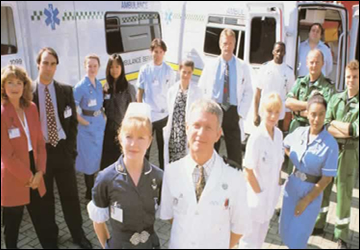 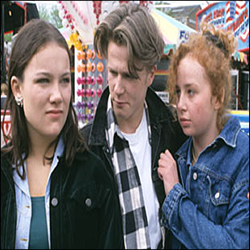 S8 E3 (2 Oct 93) : The Final Word by Peter Bowker Episode Summary Norma, off from work, is taken to her doctor appointment... 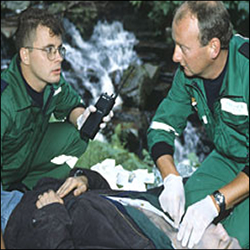 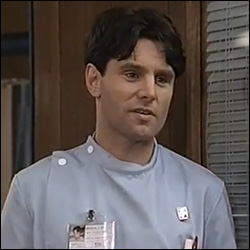